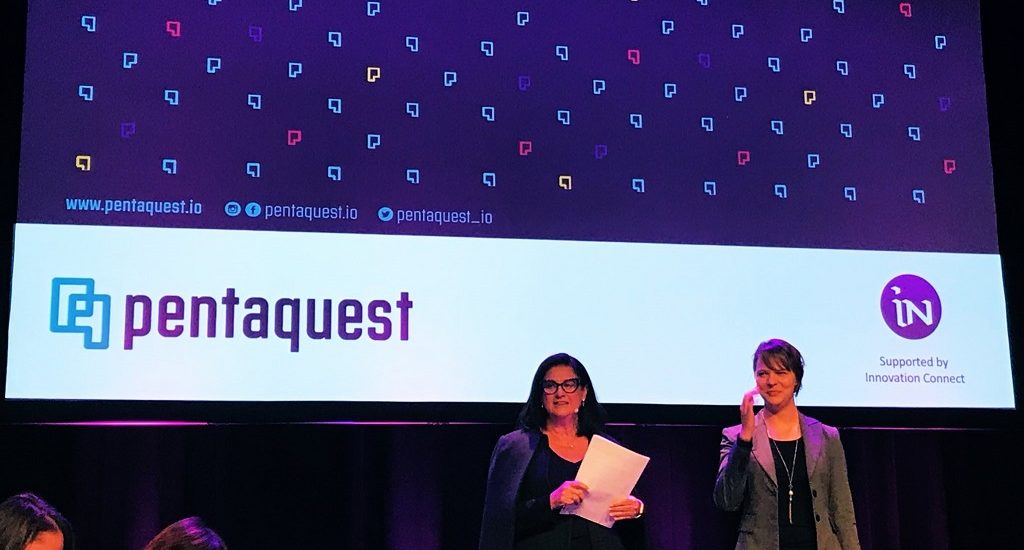 As Australia’s innovation economy continues to grow, we, the innovation community, need to ensure the future we’re building is an equitable one.

Unfortunately, despite that there is strong evidence to suggest that diverse organisations perform better and even some evidence that female founded startups outperform those founded by males, disappointingly few startups in Australia are actually founded by women. They also are less likely to successfully raise money through venture capital, and when they do, they raise less.

One of the ways we can positively impact these figures is by regularly showcasing superb female founders and that’s exactly what we saw at the Australian Women in Tech pitching competition in Brisbane on Thursday 1 August.

The event was presented by Austrade, AusIndustry, and CSIRO Data61 in partnership with Hopper Down Under – the Australian take on the famous and highly popular American conference, the Grace Hopper Celebration.

On the day, we saw 11 awesome founders take turns doing 3-minute pitches to a panel of 6 industry leaders including the awesome Mikaela Jade, founder of Indigital, and Quincy K. Brown, Director of Innovation at AnitaB.org (who produce the Grace Hopper Celebration).

The pitchers came from all over Australia, but I was there to cheer on Canberra’s own Kerstin Oberprieller, co-founder of PentaQuest. Kerstin’s startup has built a software as a service cloud-based gamification tool for organisations that want to better engage their own staff and build a healthy and productive organisational culture. The 3-minute format didn’t allow for much time to explain the complexity of the PentaQuest concept, but Kerstin managed to do a fantastic job.

Another highly intriguing pitch was that of Lucinda Hartley talking about the neighbourlytics platform. Lucinda wanted to see developers and city planners make more informed design choices based on how people currently use a neighbourhood, so she built a platform that scrapes data from all over the web and produces dashboards that show things like activity hotspots, key community activators and local stakeholders, and true economic activity (including home businesses).

The winner of the competition was Annie Slattery from ConX. ConX is a platform that saves contractors time and money by allowing them to find and bid for work with a suite of simple to use digital tools. For example, if a contractor wants to measure plans to provide a quote, they have to go to Officeworks and print out the plans, take them home and manually measure them. With ConX, you can upload the image of the plans and use their interactive tools to automatically measure them.

The day was capped off with the launch of STEM Women, an online directory of female experts from around Australia that will help raise the visibility of women working in the science, technology, engineering, and mathematics fields. It will provide a source for organisations to draw on high-quality experts for panels, speaking slots, and advisory roles. STEM Women was built by former team member of the Canberra startup and Entry29 member Health Horizon, Madison Hartill-Law, among others at the Australian Academy of Science. In the words of Professor Lisa Harvey-Smith, Women in STEM Ambassador and the speaker who officially launched the new program, “Goodbye to the man-el” (all male panel).