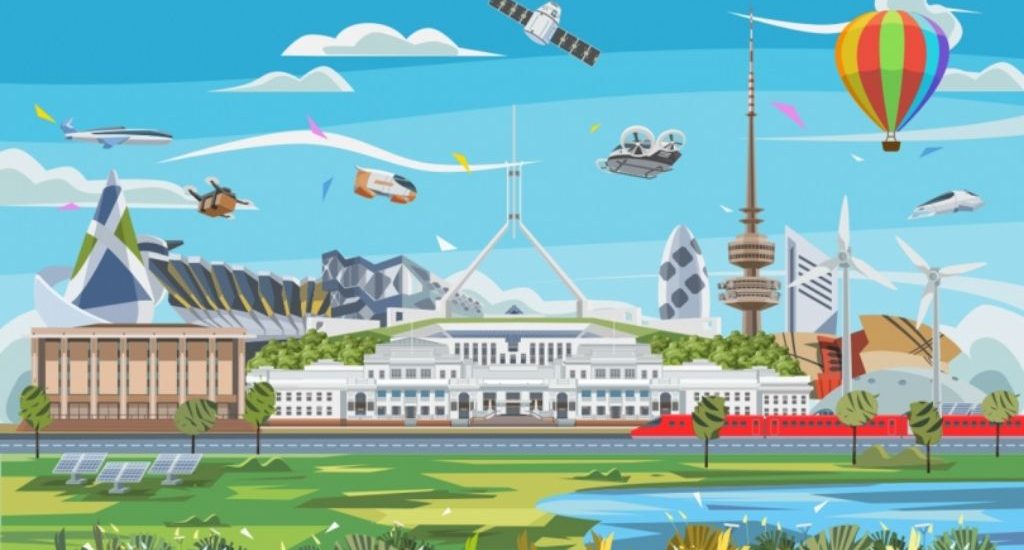 You’re invited to answer one burning question: what could our nation’s capital look like in 20 years?

It’s all part of the Adaptive City Innovation Challenge – launched by Canberra Innovation Network in collaboration with ActewAGL – running until 15 April.

But Canberra Innovation Network CEO Petr Adamek insists ideas for the competition are only limited by your imagination.

“We simply want to be inspired by the citizens as they imagine Canberra in 2040,” he says.

“Twenty years is a long time. A lot can happen. Some technologies and industries are promising now, but the world is changing and how the citizens envision our evolution is important.

“We want to learn from them, be inspired by them and know what they think our city could and should look like and how we might get there.

“What will services look like for our growing population? Which industries will boom here? How will we get around? How will we ensure people here are some of the healthiest on the planet? How do we ensure our future is one where our businesses, organisations and cities are resilient and able to adapt quickly?”

The competition is split into two challenge streams. The first – “Drop an Idea” – seeks concepts from Canberrans who may not necessarily wish to bring their project to fruition. A panel of experts will judge these ideas and award a $5000 cash prize.

The second – “See you in 2040” – involves shortlisted teams receiving mentoring sessions and rapid workshops to help turn their submissions into a short pitch to be presented to a judging panel. Winners will share $15,000 in cash prizes and mentoring support through the Canberra Innovation Network to help turn their ideas into reality.

“We want people to get to know the Innovation Network and connect those with bold ideas and visionary capabilities to the people and learning opportunities that may help them realise their ambitions.”

Petr also hopes the challenge will coax the capital’s hidden innovators out of the shadows and expose them to the possibilities of their visions. Or simply get the creative juices flowing and uncover imaginative ideas people never knew they had.

“I’m always surprised by the vast range of ideas that come, sometimes from people who call themselves entrepreneurs and innovators, but often from people who wouldn’t,” he says.

“Perhaps someone’s idea will spark the creation of new iconic buildings and places of importance and visual significance in Canberra,” he says.

Petr says Canberra’s “potent innovation system, rich in strong knowledge institutions and a booming creative scene disproportionate to its size” is a prime playground for creative minds that will only grow.

“I hope we see ideas on how we attract the best talent – people from all cultures – who are ambitious about solving the world’s problems,” he says.

“I don’t know what 2040 looks like for us. The future is uncertain and volatile. But we are the creators of our future and we have to create the one we want because, well, who else will?”

Visit the Adaptive City Innovation Challenge website for more information. If you have a new idea and the drive to pursue it, book an intro meeting with the team to discuss opportunities and pathways.

Article originally published by The RiotAct.