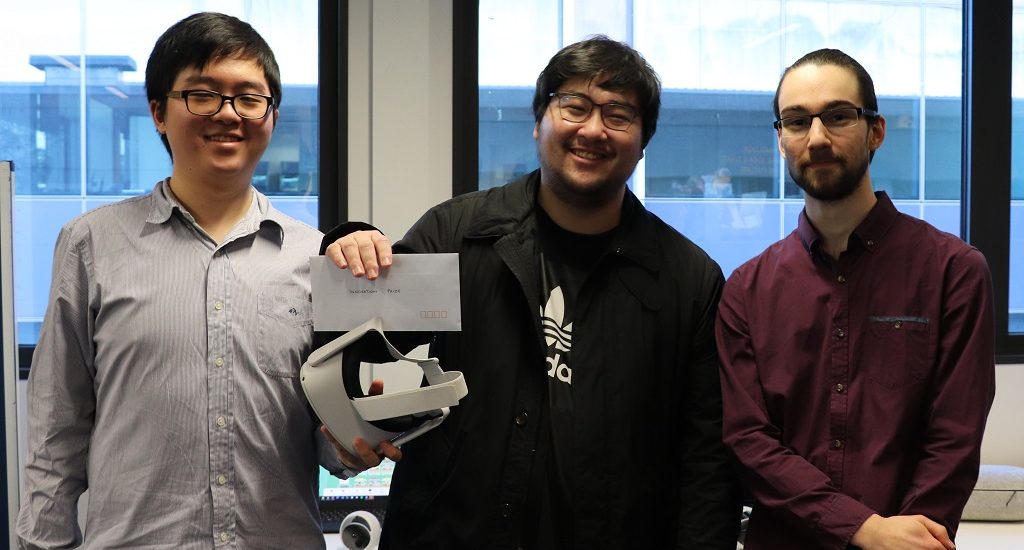 A platform for virtual stargazing, a system for wildlife tracking, a tool for farmland management, and a scheduling app for service providers took centre stage at The Australian National University (ANU) technology showcase on 25 May, hosted by the Canberra Innovation Network.

The showcase was a part of the TechLauncher initiative, which aims to connect students with real clients to bring great ideas to life. More than 300 students participated on 38 teams.

Meet the four student teams who were nominated by their conveners, tutors and clients to present their innovative work.

“Users can operate the telescope, view the projected view from the telescope, control the roof, adjust the time of day, and learn facts about the telescope provided by the RSAA [Research School of Astronomy and Astrophysics],” said Hsu.

James said he expects the virtual telescope to be used by educational intuitions, researchers, engineers and members of the public who are interested in astronomy. “It’s very portable, it’s going to really enable us to take the project to outreach events,” he said.

The current system for monitoring released animals involves bringing laptops into the wild to download information from microchip scanners embedded in animal dens. Students designed a user-friendly interface for reading data automatically uploaded to the cloud. The hardware is powered by solar panels rather than batteries that require replacement. The team also envisions a method for triangulating the position of animals when they are not near microchip scanners.

The student presenters said they hope their system will help validate the work that volunteers put in to nurture injured and orphaned wildlife, and that movement data can be used to track and select animal release sites.

Lang said during the team’s pitch that current farming practices can have “a negative impact on quality of soil, accelerating erosion, and damaging ecosystems”. Farming is also “a major source greenhouse gas emissions”. The new technology provides detailed plans how best to minimise erosion, minimise water runoff, and find the best places for paddocks and roads. It also estimates costs for grading, trees, fencing and even potential carbon credits.

The Jemma team designed an automated scheduling system for trade workers and customers, providing access to service providers, along with their qualifications and availability. Users will be able to book service at any hour of the day, not just during business hours. And there is a notification system to help users track progress of the work they have contracted.

ANU TechLauncher runs throughout the year and will be seeking nominations and callouts for projects in June 2021 for Semester 2.

Originally posted by TechLauncher on cs.anu.edu.au.