A caffeine hit for a downright good cause in Yass 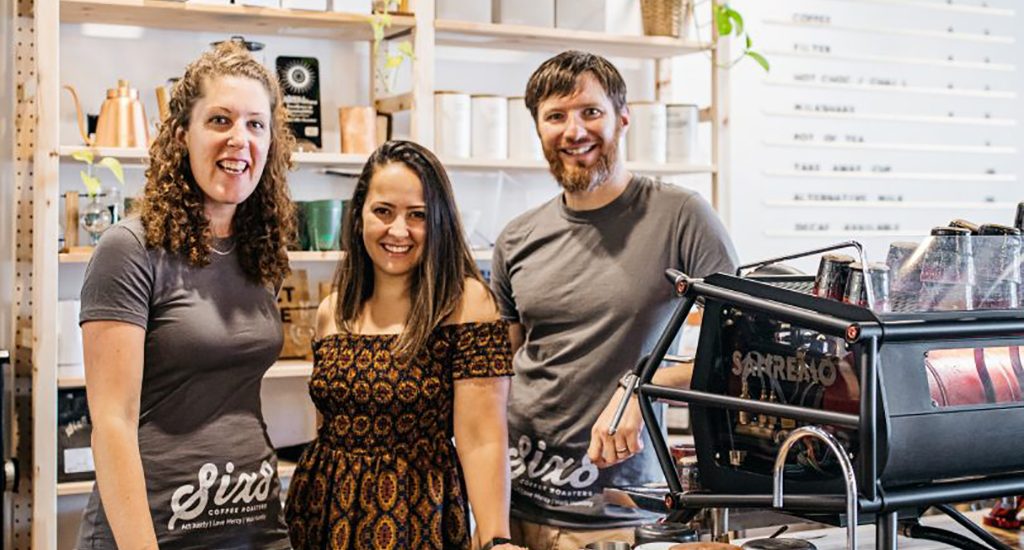 It’s no surprise that Aussies are fiends for caffeine. In fact, some people would even go as far to suggest we are downright snobs about what’s in our coffee cup.

But how many of us ever sit down and think about where a good brew comes from?

When Yass locals Daniel and Toni Neuhaus set off to travel the world and work with ministries in developing countries, mainly in South-East Asia and South America, they quickly remarked on the links between the coffee industry and systemic poverty, modern-day slavery, exploitation and prostitution.

Not wanting to sit by and idly watch, both of them wanted to actually do something about it.

So Six8 Coffee Roasters came about.

Initially, the idea was simple: purchase ethically grown and produced coffee and give back to charities that aim to put a stop to the aforementioned global issues.

The couple’s set-up was also simple.

Six8 began its life in Daniel and Toni’s spare bedroom. Neither of them had any prior experience with coffee, but both felt passionate enough about the issue to throw themselves into it.

Now almost 13 years after their travels began – and four children later – their enterprise has gone from a simple back-room roasting operation to a busy cafe and commercial roasters.

When asked about difficulties along the way, they say the initial problem was securing funding.

But the goodwill of the Yass community prevailed.

“Of course, at the beginning there were lots and lots of cups of coffee sold to our nearest and dearest,” says Toni.

Also providing valuable support has been the Canberra Innovation Network.

“Through several of their initiatives, particularly The Mill House Ventures, they say they have been exposed to new and brave ideas that have helped us take our business to the next level,” says Daniel.

He says he first thought the couple would be able to work directly with farmers in countries such as Brazil or Thailand.

But it became clear very quickly that this was simply not possible due to logistics and other constraints on importing goods into the country.

“We looked for businesses which were already importing ethically grown coffee from overseas and simply purchased it from them,” says Daniel.

One of these is Cofinet, a family-run business like Six8. According to Daniel, the company is pretty original. One brother is in Australia dealing with importing and onselling, and the other is in Colombia, ensuring the coffee bean farm runs ethically and sustainably.

The vast majority of Aussies might not understand just how bad conditions can be in the coffee industry worldwide.

“Many workers are underpaid, treated like slaves, and family-owned businesses are bought by multinationals and turned into heartless money-making machines,” says Daniel.

As part of a successful husband and wife partnership, Toni says she relishes spending all day working and hanging out with Daniel.

The couple says the reason they have always worked so well together is simply because they complement each other’s strengths.

What is also special is that their work doesn’t simply end with the purchasing of ethical coffee. They also donate $1 from every kilogram of coffee sold, and 10 cents from every cup sold, at Six8 to charities actively engaged in ending exploitative practices in the developing world.

Six8 Coffee Roasters is located at 92 Meehan Street in Yass.