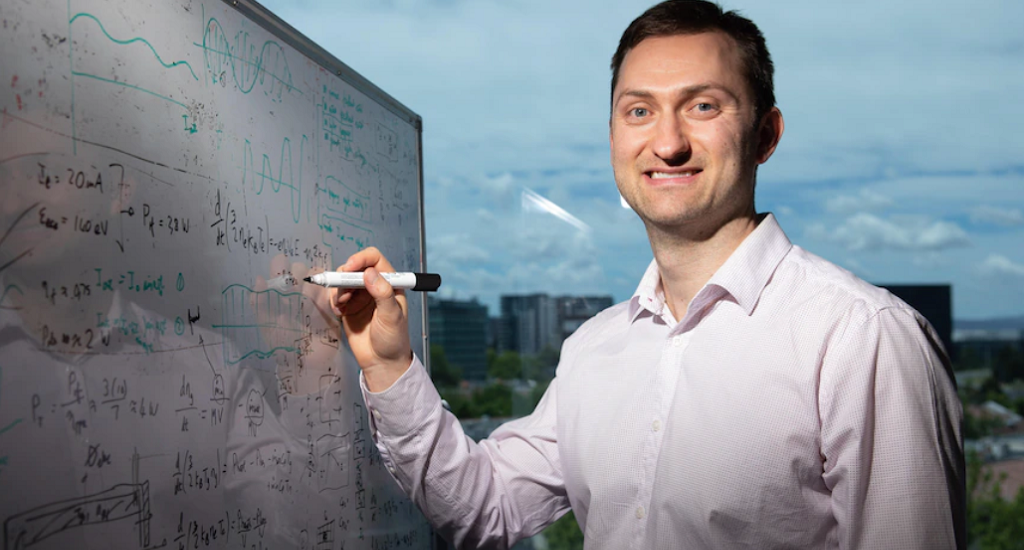 For decades, space agencies have been searching for an alternative propulsion system to electrical ion engines powered by xenon gas, which is expensive, heavy and rare.

“Because iodine can be stored as a solid and you don’t need these heavy, high-pressure storage tanks, we can actually miniaturise the whole propulsion system,” Dr Lafleur said.

“For this historic launch the entire propulsion system fits in a cube that’s 10 centimetres by 10cm.”

“This is really quite a game changer and now means we can provide propulsion systems pre-fuelled, which was something that wasn’t really possible before.”

The iodine system was successfully tested in orbit in November last year, the results of which were published in the scientific journal Nature this week.

“Our work shows that iodine is not only a viable replacement propellant for xenon but also gives enhanced performance,” the report authors wrote.

“We anticipate that these results will accelerate the adoption of alternative propellants within the space industry and demonstrate the potential of iodine for a wide range of space missions.”

Iodine propulsion systems are expected to be particularly effective for smaller satellites.

“Many small satellites are launched now into space on a ride-share basis, which means they share the launch with a much larger, more expensive satellite, and that pretty much dictates what orbit those satellites get placed in,” Dr Lafleur said.

“If that’s not the orbit you want, you’re either stuck there or you have to wait for a more attractive launch option [to] come up.”

“With propulsion, you can be launched into more or less any orbit, and then you can use your own onboard propulsion system to go to the mission you want.”

Dr Lafleur said the debris created by a Russian weapons test that targeted an old satellite earlier this week highlighted the need for small spacecraft to manoeuvre more easily around space junk.

“This creates a real collision risk for them,” he explained.

“There’s more than 25,000 satellites to be launched in the next 10 years and there’s already a lot of space debris up there.”

‘World-first things will continue to happen from Canberra’

Despite being a world away from his colleagues in France, Dr Lafleur said working in the Australian capital had advantages.

“Canberra’s surrounded by a lot of really good research institutes and there’s quite an emerging space industry now, so it seemed like a perfect location,” he said.

Those in the industry in the capital had high hopes Canberra could become a hub of activity for the Australian space industry before the federal government announced the national space agency would be headquartered in Adelaide.

But Canberra Innovation Network chief executive Petr Adámek said that announcement — and the pandemic — has not put a dampener on the number of tech and space industry startups looking to establish themselves in the ACT.

“It’s about people; the people are concentrated around the knowledge institutes here,” Mr Adámek said.

“There’s some amazing startups germinating from here and world-first things will continue to happen from Canberra.”