HomeNews & StoriesInnovation StationFeatureWhat do Canberra, carbon dioxide and shampoo have in common?

What do Canberra, carbon dioxide and shampoo have in common? 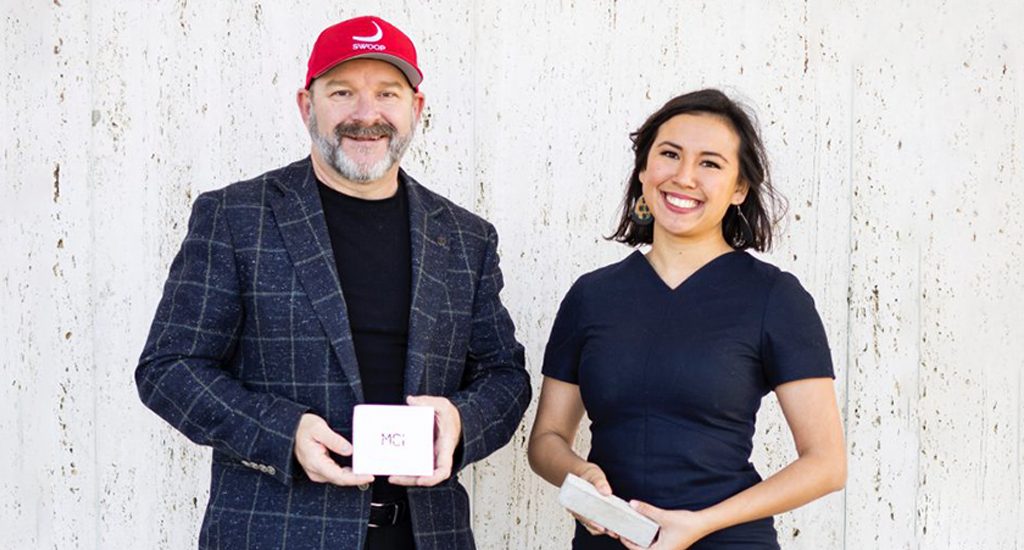 But Mineral Carbonation International (MCi) is just that. The company was co-founded in 2007 by Marcus Dawe and John Beever who had the simple, but ambitious, goal of solving the looming problem of carbon dioxide emissions.

After years of intense research, that problem is no longer looming and MCi has a commercially viable product in the form of carbon plants.

Most recently, the company has been awarded a $14.6 million Federal Government grant for a project that will see a world-first mineral carbonation mobile demonstration plant in Newcastle.

Marcus explains the product is designed to service carbon-emitting industrial customers, and the government grant will help these industries begin the transition towards net-zero emissions.

The plants work by taking carbon dioxide in its gas form and turning it into a solid carbonate that can be used in anything from cement and plasterboard, to glass and household products such as shampoo and detergent.

The end product is always something that can be reused.

Mineral carbonation is a way of scientifically speeding up a natural process of weathering where carbon dioxide is taken from the atmosphere and turned into rock. The problem with this is that it takes millions of years, says Marcus.

However, through chemical engineering MCi can do this in one hour.

The most revolutionary aspect of MCi is there is a double reduction in carbon. Not only is it stored, more of it is locked away than took to make the product in the first place.

“Not all offsets are the same,” says Marcus. “While planting a tree is a good offset, it only typically lasts 30 years.

“We not only need to offset, but to stop carbon dioxide from getting into the atmosphere in the first place.”

MCi’s technology has put the company leaps and bounds ahead of other companies and entrepreneurs working in the field.

“There are companies that can capture the CO2, but not many that can do something with it,” says Marcus. “We want to see it as something that adds value, not waste.”

MCi is now at the stage where the plants are economically viable and profitable without a carbon price or needing subsidies.

Marcus says the thing with MCi is that it’s always been global facing.

“Most people in Canberra will only come across MCi when they are doing their regular grocery shopping as the carbonate will already have been reused,” he says.

The reason for this is because there is simply not the industry here to require carbon plants.

These days, things are pretty exciting at MCi as the company looks to scale its growth and partner with industries in Australia and all around the world. Thanks to a recent partnership with Japanese firm ITOCHU Corporation, it will seek to expand into the Japanese market.

However, even as the company takes off on the global stage, Marcus is still a proud Canberran who has no plans to move MCi’s global headquarters away from the city anytime soon.

With a background in IT, he is a familiar figure to those in Canberra’s innovation circles. As a successful entrepreneur, Marcus has started several successful businesses and then sold them to multinational corporations.

He often gets involved with smaller businesses from the outset and acts as an angel investor.

Likewise, he’s had plenty to do with the Canberra Innovation Network. He was actually one of its founding members and has served as entrepreneur-in-residence since its inception, as well as being heavily involved with the GRIFFIN Accelerator program as its chairman.

For Marcus, there’s no place like Canberra when it comes to innovation as there are more reasons to collaborate here than there are to compete.