HomeNews & StoriesInnovation StationCOVID-19Artist and Entrepreneur, Scott Leggo, on the Importance of a Quick Pivot

Artist and Entrepreneur, Scott Leggo, on the Importance of a Quick Pivot 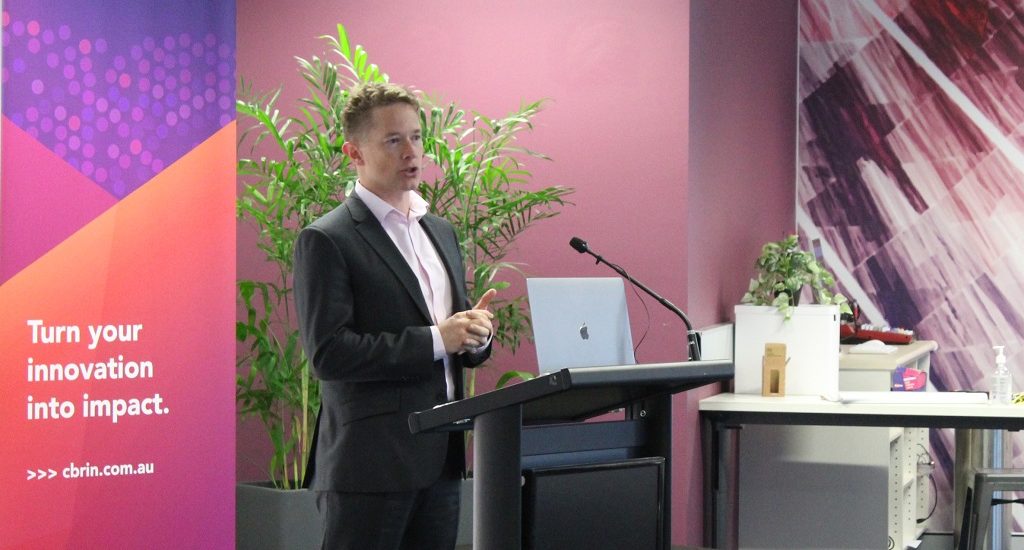 This article has been adapted from Scott Leggo’s keynote speech at Adaptive Cities: Small Business.

In 2003 I was deployed to the Middle East for the war in Iraq. I was in a fortunate position to see and experience both successes and failures. But one failure stood out, involving an attack by the US Army, using over 30 Apache attack helicopters against one of Saddam Hussein’s elite republican guard divisions to the south of Baghdad. The mission was a massive disaster. Every single helicopter was shot and severely damaged. One Apache was shot down, with two aircrew captured as prisoners of war and paraded on TV. Others struggled to make it back because of the damage. All the helicopters became unavailable for subsequent operations, complicating plans that required their use. But for many of us, the result was totally as expected. Advice and recent lessons learnt were ignored, plus there was a failure to grasp the complexity of what was being attempted. How was that decision made, that went against the broader wisdom and a largely successful conduct of air operations over Iraq up until that point?

It brought home to me the role of leadership and was a defining moment seeing how leaders need to optimise performance of their organisation in uncertain and complex environments. Perhaps more importantly, it was reinforcement of a lesson, that was central to Air Force thinking, that of a quick OODA Loop (Observe, Orient, Decide, Act). It was also a lesson in not pushing through, thinking old ways will still work, not listening to advice, and not responding to your environment. Lessons I’ve carried with me with since that are equally applicable in business.

In the nearly 20 years since then, I’ve consulted to leaders and mangers of medium to large corporate and government organisations both here in Australia and overseas and I now run a business here in Canberra – providing Australian landscape photographs as artworks and gifts.

I’m acutely aware of the challenges that those of us as small business owners, as well senior executives of multinational corporations face on a daily basis. What I’ve discovered over the years in my various roles, is that the challenges all businesses and their leaders face are essentially the same. Businesses of all forms are faced with degrees of volatility, uncertainty, complexity and ambiguity. The size and nature of those challenges and the required responses may vary, but they all have common characteristics. From small business to big enterprise – all businesses face an ever changing environment and a need to respond.

COVID or not, the speed and agility with which new technologies emerge and are adopted is faster than ever. For many, new opportunities seem to sneak up on us, as if by stealth. What was once taken for granted is no more. What were once “best practices” based on the “tried and true” of old no longer work. Just ask the taxi industry about the emergence of Uber. Thus, as the pace of change escalates, organisations simultaneously face a mounting inability to predict what those changes will be and how to deal with them. What got you to here, won’t necessarily get you to there.

Business survival requires that the methods and approaches we as business leaders/managers use to manage business operations must change as fast or faster than the environmental changes that threaten our very viability. The new strategy for business leaders and government has to be about constantly adapting to change in an ever changing landscape.

Changes to business models as well as government policy needs to be quick, responsive and agile and prepared to continually evolve. It’s not a set and forget.

In the context of my own 2020 experience, the need for agility was paramount. Between the bushfire smoke which confined Canberrans to their homes in December and January, and the coronavirus which forced them to return there in March and April, the foot traffic past our Kingston gallery fell off a cliff. When the restrictions forced the gallery to shut altogether, we had found a way to turn the government-mandated restrictions to our advantage. We turned my photographs into the ultimate lockdown activity – jigsaw puzzles.

But importantly, we had been scanning the environment and assessing likely outcomes as COVID restrictions first emerged overseas. We began to plan for what would likely happen here in Australia. As lockdowns and restrictions started happening elsewhere, we asked, what would we do if restrictions started happening here, how would we respond? How could we be first to respond?  We didn’t want to be a passenger. We were thinking what could we do to get through to the other side and what would also be helpful and beneficial to our customers.

We landed on introducing jigsaw puzzles as a new product. Predicting that during any lockdown people would want activities and family friendly and fun things to do. We figured jigsaw puzzles would be a popular option, and something we could turn on relatively quickly. Equally, with growing pushback against foreign manufactured goods and the desire to support Australian business, we sought to have them made in Australia; while this artificially constrained our supply chain options and meant a higher cost price. We were adamant that whatever we did reflected the premium quality of our other products.

As it turned out, our planning paid off and the timing couldn’t have been better. Our jigsaw puzzle product launch came just hours before Prime Minister Scott Morrison declared jigsaw puzzles “essential items”. For the next few months we rode a wave of jigsaw puzzle mania, that became all-consuming to the business. We had found a product that met a COVID-19 specific need and in the environment at the time, people appreciated the Australian-made nature of them and the fact they were supporting a small business.

There were hiccups. Because the product had to launch so quickly, there was no time to build up stock. As a result, there was delays in getting orders out to customers. The supplier in regional Victoria had over a year’s worth of puzzle orders within a couple of weeks. It didn’t slow down for them. We were just one customer of many. The factory was massively under the pump and it also had to deal with things like physical distancing. We turned our lounge and dining room into a fulfillment centre to take this aspect of the load off the supplier and shorten delivery timelines.

But the need to continue to adapt and refine didn’t stop there. When we launched jigsaw puzzles, our range included 250, 500 and 1000 piece puzzles. The 1000 piece launched at a price that I thought would never sell: $75. After a few weeks of selling, the majority of puzzles that were selling were 250 piece puzzles at $55. I figured I had been proven correct, but then feedback started coming from customers asking if there was a larger 1000 piece puzzle set. We had originally put the cheaper 250 puzzle listed first on the website. We responded by moving the 1000 piece puzzle to the top of the listings on our website making this instantly the best seller, where they’ve remained since. This small but subtle shift was proof of the need to continually observe, orient and decide and act quickly, taking a test and adjust approach, rather than simply a set and forget mindset.

And while the profit margins on the puzzles were slim, it was a positive for the growth of the business. People who hadn’t been clients before have become clients. The puzzles exposed us to a far greater audience.

Being able to evaluate the situation prior to lockdown due to COVID-19, being able to adapt the products to fit new changing needs of customers and responding to the changing environment and initial response from the customer allowed our business to stay ahead in 2020. This approach continues in 2021 with the launch of my first coffee table book.

I’m adamant, that our ability to observe, orient, decide and act, quicker than the broader market set us apart. This is true for many businesses across the experiences of 2020. Two years on from 2020, those businesses that innovated, evolved business models versus those that just sat back will be far better placed. There’s lessons in this for government and business as we prepare to face yet more challenges in the future.

So, whether you’re a military commander, fighter pilot, running small business or an international brand, the methods and thinking used in the military can be applied with great success to any industry. Leveraging the thinking born out of years of study of military operations and how to win on the battlefield and defeat an adversary apply equally when you’re trying to win in business and lead your organisation through complexity. You can use simple, battle proven techniques to help solve your wicked challenges, and lead you, your business and those around you to success, by being agile and having an honest appreciation of the situation around you.

Scott Leggo is recognised as one of Australia’s leading landscape photographers. He is the recipient of over 100 international and Australian awards including Landscape Photographer of the Year and Professional Photographer of the Year titles. Scott has worked as a management consultant with some of the world’s top management consulting firms, he has been a trusted business advisor in government and the private sector in Australia and overseas seeking his advice on international relations and strategy development, and he is a former Australian diplomat and Air Force Officer. Scott operates his business and gallery in Canberra, alongside his wife and two children.