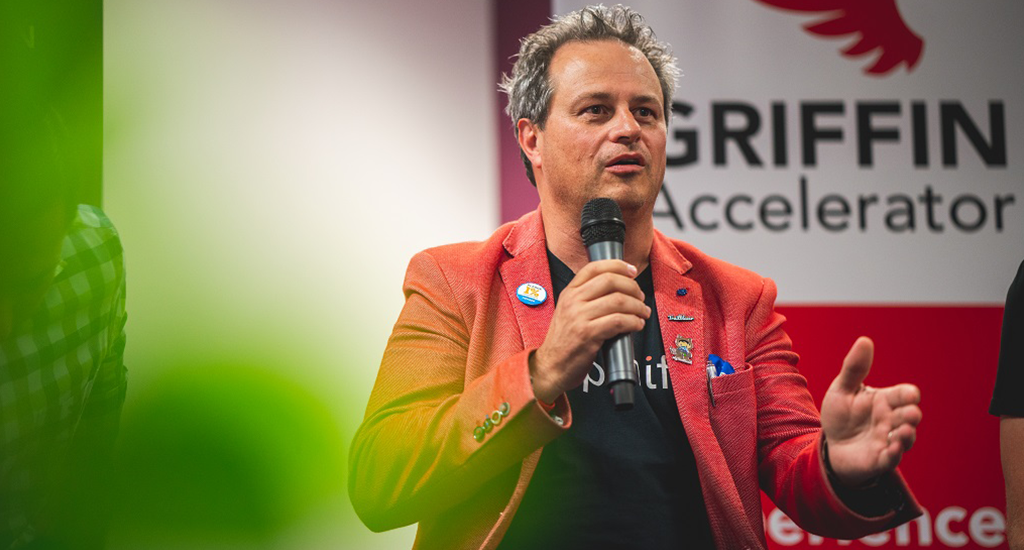 Developing a platform that uses gamification techniques to motivate and reward sales teams has pushed a small Australian company from start-up to international success story in less than 12 months.

Canberra-based Spinify extracts data from a company’s existing software applications and uses it to generate competitive leader boards that are displayed on television screens around the office.

Staff are encouraged to compete with each other and are rewarded by climbing the ranking ladder. This boosts workplace motivation and productivity but also brings more fun to their work.

Spinify now has customers in 19 countries and more than 10,000 users. The founder and serial entrepreneur Matt Bullock says gamification is a powerful way for a business to improve staff performance and his company’s platform makes it easy to implement an innovative and enticing competition.

“Humans are competitive by nature,” he says. “When people can see how their progress compares with that of their colleagues, it generates a culture of improvement and better performance.”

The Spinify development team created APIs that allow sales and performance data to be harvested from a range of office applications such as Salesforce.com, Agile CRM, Gmail and Zoho.

“If we didn’t have those APIs, we couldn’t get the data we need to create the competitions and leader boards,” says Matt. “It took a lot of time to build the connections we needed, but it’s been worth the effort.”

Data is used to track employee performance against a set of pre-agreed key performance indicators (KPIs). Different KPIs can be selected for each employee to ensure everyone feels competitive and that their efforts are being recognised.

Milestones, such as a new sale or listing, can be automatically recognised and the staff member’s face or avatar displayed on the screens. “The boss might forget to congratulate an employee after a win but Spinify will always remember,” says Matt.

As well as the gamification aspect, Spinify can also be used as a coaching tool. Rather than having to rely on weekly or quarterly updates, managers can see in real time how their salespeople are performing and identify areas in which they may need training or assistance.

Matt says enthusiasm for the Spinify platform has been strong. Customers include companies in a variety of sectors including real estate, IT, education and financial services.

“With my previous company, Eway, we ended up being in half a dozen companies but that took 20 years to achieve. With Spinify, we are already in 19 countries and that has taken less than a year.”

Many Spinify customers report significant benefits as a result of using the platform. Ray White Canberra achieved an uplift in property listings of 10% and an increase in fee revenues of 19% during the first two months of use. Financial services firm Valiant Finance has seen an increase of 25% in daily loan applications and a boost in call activity of 30% since rolling out the platform.

“Through it I can get feedback and advice from people I trust and who have large amounts of experience. They have definitely helped to steer me and educate me – it’s a very valuable relationship.”

“We have an amazing network of educational and research institutions as well as corporate partners who work together and co-invest with the ACT Government to create the environment and support services that entrepreneurs and innovators can leverage to achieve global impact. Spinify is a great example of how this can be done from Canberra.”

This article was originally published on Dynamic Business.
Share