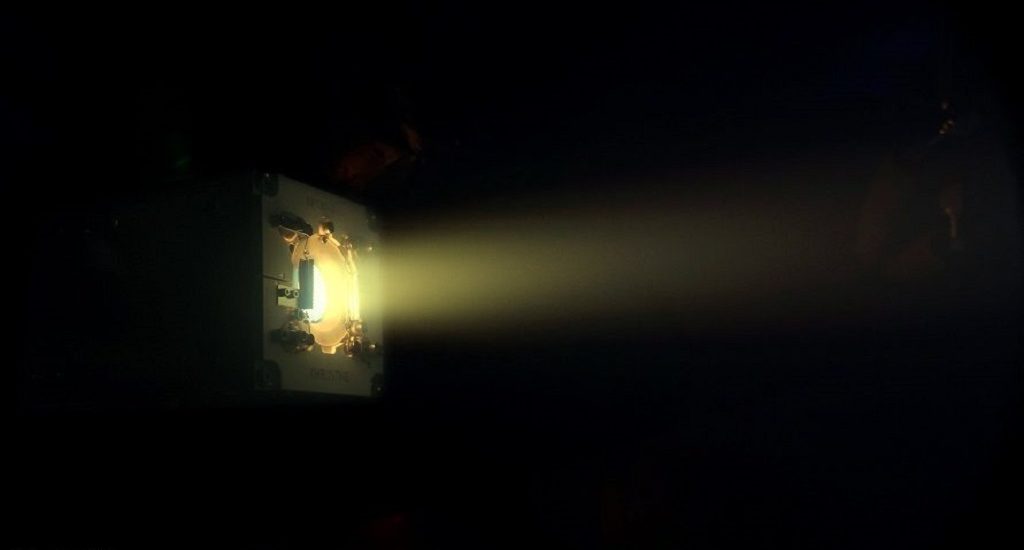 ‘Save the Earth’ is a message that’s ground into us from an early age – drop anything on the footpath and before you’re able to bend down, exect a five-year-old to shout “LITTER BUG!” and, rightly, shame you. But our efforts to reduce, reuse, recycle and rethink the long term effects of our consumption on the planet tend to stop there. Not for forward-thinking scientists, however – ‘the final frontier’ has been a dumping ground for rubbish since the first foray into space.

With phalic rockets shepherding billionaires into the cosmos, what better time to think about trash outside our own atmosphere? 😉

Meet Trevor Lafleur, a Principal Engineer at ThrustMe – a company founded by experts in in-space propulsion and satellite orbital maneuvering strategies with the aim to create sustainable value from the ground up, up and away.

Tell us about yourself and what you’re working on

I’m an engineer and physicist working remotely in Canberra for the French space propulsion company, ThrustMe, and despite having a very French surname, I’m actually originally from South Africa! I completed a PhD in plasma physics at the Australian National University almost ten years ago, before moving to France where I performed R&D for many years, largely related to space propulsion and the semiconductor industry. In 2016, my wife and I moved back to Canberra where we are now permanently based.

As an engineer at ThrustMe, my work is quite broad and includes strategic planning, fundamental research into new propulsion concepts, the development of new propulsion products and services, and space mission analysis to calculate and design satellite orbits.

What’s the origin of the company you work for? How did you get to where you are now?

ThrustMe was founded in 2017 by my colleagues Ane Aanesland and Dmytro Rafalskyi just before I left France, and the headquarters is located south of Paris. ThrustMe is a deep-tech company in the space industry that develops innovative space propulsion systems for satellites, and was formed to address growing challenges associated with the rapid increase in satellites and the rise of satellite constellations.

What did you see as the need in the market?

With the miniaturization of modern electronics and the availability of cheaper launch options into space, there has been unprecedented growth in the industry over the last decade and a shift towards smaller satellites. Propulsion systems are required to perform vital maneuvers in space such as satellite constellation deployment, collision avoidance, or deorbiting at the end of a mission to prevent space debris build up. Conventional propulsion systems are often too large, too expensive, and not compatible with a fast-paced industry needing streamlined operations. To ensure a sustainable space industry, both environmentally and economically, ThrustMe realised that new, innovative propulsion solutions were needed.

What do you bring specifically to the industry?

Traditionally, propulsion subsystems have been engineered separately and supplied by different companies, which increases the complexity and lead times of supply chains. Conventional propulsion systems also make use of certain propellants that are rare, expensive, and must be stored under high-pressure. This increases the complexity of ground operations and requires extra qualification to minimise the risk of explosions to the satellite and launch vehicle.

ThrustMe has made two main innovations. Firstly, we provide a complete, standalone and turnkey propulsion system that includes all required subsystems needed for operation in a single hardware package. Secondly, we have replaced traditional gaseous propellants with a solid propellant. Not only does this enable significant system simplification and miniaturization, but it also means we can ship our systems pre-fuelled to customers with no further propellant handling operations required. These innovations reduce the number of suppliers a customer needs, and significantly streamlines the propulsion system-satellite integration and testing process.

Why is innovation important to you?

The space industry has traditionally been dominated by government agencies and large companies with significant resources. In order for new players to enter the market, innovative products and novel solutions are needed that overturn conventional thought, or which push the industry into new directions. At ThrustMe, innovation is very important to us and we are pioneers in alternative propellants, having recently performed the world’s first in-space demonstration of a propulsion system using iodine propellant: a game-changer with the potential to revolutionize the industry.

What’s your favourite thing about being part of CBRIN’s coworking space? 🙂

The coworking space at CBRIN is a very dynamic and supportive environment, and CBRIN frequently runs networking events where interesting people from industry, government, and academia can meet and interact. CBRIN is also a focal point for innovation in the ACT, and since space is becoming a priority for Australia, it is a natural location for me to work out of. It also means that I am able to keep abreast of new developments, and have the opportunity to participate in interesting events, such as the recent, and very successful, SpaceHack which I participated in as a mentor and already has a list of attendees scheduled for 2022!

What exciting thing are you working on at the moment?

ThrustMe has just signed and commenced an exciting research collaboration agreement with the Research School of Physics at the Australian National University to investigate new plasma propulsion systems and alternative propellants for novel space and terrestrial applications. The project will initially run for three years, and is being performed in collaboration with my colleague at ANU, associate professor Cormac Corr. We’re making news and excited for more.

ThrustMe will also have some very exciting news to share in the next few months, so watch this space!  🙂

Thanks, Trevor! We look forward to seeing you in the coworking SPACE! Sorry, it was always going to happen.