Entry29: Paving the way for coworking in Canberra. 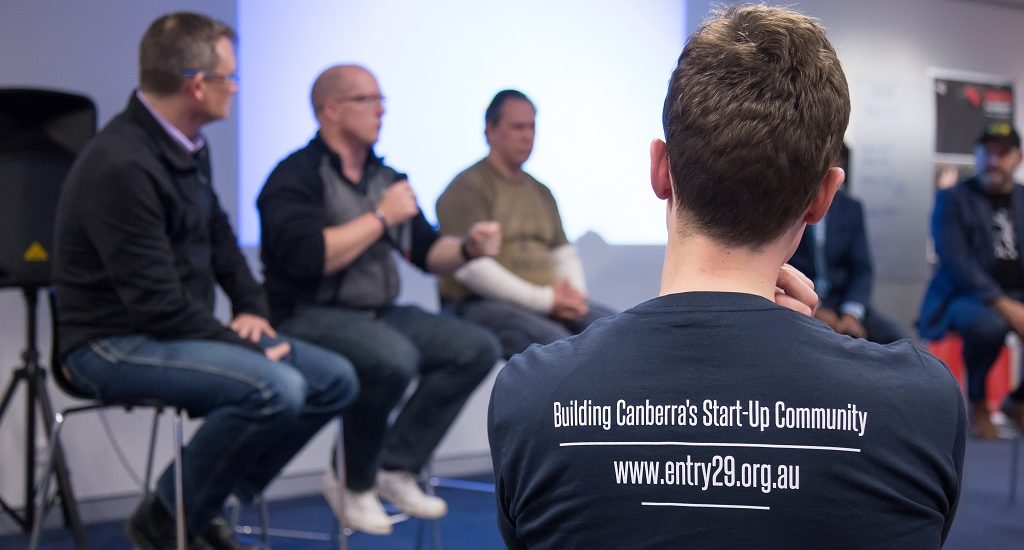 In June 2012, when Rory Ford moved to Canberra and enquired about the local coworking spaces, he was simply told “There isn’t one”.

Together with a group of volunteers and innovation enthusiasts, fuelled by a mutual desire to create a place for like-minded people, Entry29 was born.

Inspired by the Fishburners space in Sydney, the Entry29 space was created with a shoestring budget and a lot of community effort. The first location was in an unused demountable building at the edge of ANU that could hold around 40 coworkers.

”I think what really drove me to do this is that over the last six months, we’ve realised there is this incredible entrepreneurial spirit in Canberra, but it’s all underground,” said board member, Anna Pino, back in 2013 when announcing the launch of Entry29’s original space in Acton.

The name pays homage of Canberra’s history; in 1911 the Australian Government held an international competition to design the layout of its new Capital City, Canberra. Chicago based architect, Walter Burley Griffin’s winning design was the 29th entry in the competition.

Entry29 was set up as a membership based organisation with the belief that it should not be owned by one entity. An interim board was established, with the community of members responsible for ongoing management.

In October 2014 the opportunity arose to co-locate with The GRIFFIN Accelerator and the newly established Canberra Innovation Network at 1 Moore Street, Canberra. Since then we have shared in many workshops, events, fireside chats, table tennis championships and more pitches than we could possibly count.

Entry29 has been home to an incredible community of innovators and entrepreneurs. Many of Canberra’s success stories started with a desk in the coworking space (Instaclustr, Interferex, Skoolbo and Capital Brewing to name a few) and their hard work and dedication to the community shines through the growth of the companies involved.

From everyone at the Canberra Innovation Network, it’s been our pleasure to work alongside Entry29 for the past 5 years and we look forward to seeing what’s next for this group of passionate individuals.