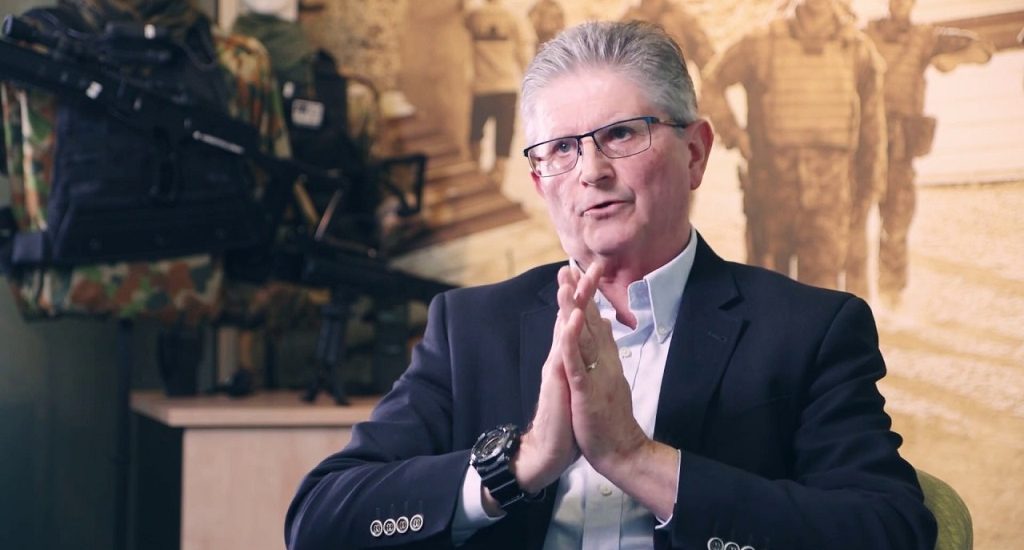 At the Canberra Innovation Network, we love keeping tabs on entrepreneurs who’ve come through our doors and gone on to change the world, here in the capital and beyond. Recently we had the chance to catch up with Peter Moran, PhD, the managing director of Kord Defence; if you’ve ever thought about participating in the Innovation Connect Grant Program (ICON), you’ll be signing up once you hear him share his journey!

Kord began its journey many years ago in Townsville at the Australian Institute of Marine Science, a Commonwealth Statutory Authority which conducts marine research into tropical ecosystems. At the time we were researchers trying to develop an underwater computer for use by divers so they could record and display information without having to use a paper and a pencil. This was in the early 1990s when the first laptop (luggable) PCs were starting to come onto the market. During that time the Institute developed a wearable underwater computer called the WetPC, which comprised a computer (in a waterproof housing), a red monochrome head-up display and a unique 5 button input device – which was operated by pressing single or multiple buttons (chords).

Fast forward to the end of the 1990s; we decided to move out of AIMS and to establish a business which would commercialise the underwater computing technology. At the time we were working with the Australian Navy to develop underwater combat systems for its Mine Clearance Divers. Given that Townsville was a long way from where decisions were made by Defence we decided to move the business to Canberra. At the time our friends said it was a “courageous” move, but looking back it was one of the best decisions we ever made. And so began our entry into the world of defence – which was a far cry from marine research and my background as a marine scientist.

Like a lot of early stage companies who start out with a great idea, our initial thoughts proved to be unachievable. We realised fairly early on that while there was a market for underwater computers it was never going to be big enough (at that time) to build and sustain a business. I think this is a question that any entrepreneur needs to ask themselves at regular times throughout the journey. One can always sell a few of anything but the real question is can you build a business on the revenues.

Consequently, we started to think about how our technology might be applied in other markets. We realised that the most innovative part of our technology was the 5 button controller, since it allowed users to operate quite complex electronic devices without having to take their eyes or hands off what they were doing. Our involvement with clearance divers suggested that the controller could be applied to soldiers since, like divers, they were encumbered with gear, had to keep their eyes on what they were doing (the target!) and their hands on their weapon. The moment of inspiration came when we thought – gee, we could put this controller on the front of a weapon so a soldier could control their electronic Soldier Systems (which were just starting to emerge) whilst being “head up, eyes on target, and hands on weapon”. And so the story began!

We pivoted our business away from underwater computers to one that focused on developing smart, programmable push button controllers that keep people “eyes on, hands on”. Of course, that was only the start and we’ve had many ups and downs since then. It’s been a learning experience, both from a personal and professional point of view. As CS Lewis once said, “Experience is the most brutal teacher, but you learn, by God, you learn.”

People have often asked us over the years why did we establish our company in Canberra. I mentioned above that one of the key reasons was so we could be close to the decision makers in defence. But that was not the only reason. Originally we looked at locating in Sydney (am I’m so glad we didn’t) but thought that we would be lost in the sheer size and scale of the place. How right we were! The thing that surprised us most about Canberra was that its not really a government town – of course there are many people who work for the government – but equally it is a vibrant place for innovation and there are many small technology businesses that are doing great things. It’s ambience and size suited us to a “T”. Over the years it has never ceased to amaze me how many clever companies they are in Canberra and what they are doing. There is a strong innovation culture which is fostered by government and enriched by groups such as CBRIN and Capital Angels. I think we punch above our weight in this regard. Apart from that Canberra has great quality of life it has many amenities and has a wonderful environment. We emphasise all these things when we are seeking to entice potential new employees from other states into our business. So far, everyone we have employed love working for the company and being in Canberra.


In the early days we relied upon receiving grants, both ACT and Commonwealth, to help us develop and prove the technology. Some were large – such as an R&D Start grant, others much smaller. No matter the size each were vitally important at the time to enable us to complete a particular part of the technology. The $30,000 grant we received from ICON was used to develop a cabled version of our controller which, up to the point, we had not had the time or resources to make. Looking back I think it’s fair to say that even though the grant was relatively small it allowed us to do something important that we couldn’t do on our own. Grant such as ICON and the more trade-related ones are vitally important in keeping the technology and business moving. Maintaining momentum in a business is vital.


From our relatively humble days as a single company trying to commercialise underwater computing technology, we’re now a group of technology companies focused around commercialising our core control technology as well as a new shot counting technology (called the ShotDot) that emerged from research into the application of accelerometers.

Today we have our head office here in Canberra – we are never moving away – and we also have offices in the US in Stafford, Virginia and Ogden, Utah. We want Canberra to become a world leader in the development and production of a whole suite of control products for military, law enforcement and commercial markets. Our first suite of products are due to be released in the US market at the end of the year. We now have strong interest and orders from both the US military and law enforcement in Utah and surrounding states. We have been chosen by the US Army to go into its annual testing and evaluation program and have Congressional support, through the National Defense Authorisation Act (2022) which encourages procurement as soon as possible.

Clearly, this is only the beginning. We’re not there yet; the story is still being written. Irrespective of where we go in the future we remain exceedingly grateful to all those who have helped us along the way. If not for the grants we received from the ACT Government and the support and advice we were given by business staff we may never have got this far.

Check out a video Peter shot with BusinessGovAU in 2019: