Taking to the skies to track flightless parrots in New Zealand 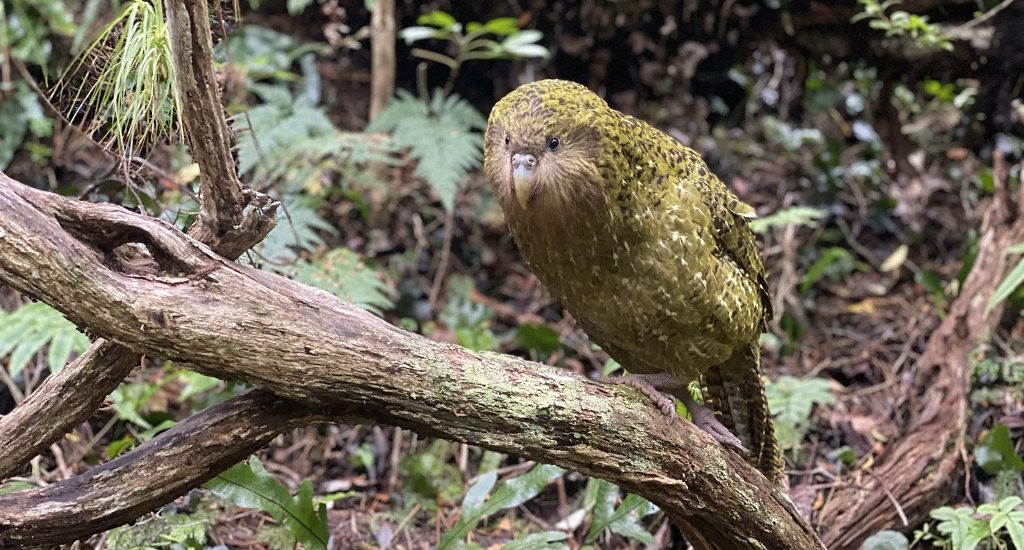 In yet another world first, Canberra startup Wildlife Drones has successfully radio-tracked the movements of critically endangered species, this time in New Zealand.

The kākāpō is the world’s only flightless parrot. Nocturnal, moss-green and a little plump, this incredibly unique bird is at the brink of extinction. Confined to a few islands of the coast, there are currently only 213 left in existence.

Researchers monitor the kākāpō via a network of data loggers that track feeding, mating and nesting behaviours. Each kākāpō is fitted with a radio-tag so it can be located, but it’s an incredibly challenging task as researchers have only been able to track one bird at a time with their handheld equipment.

“We can’t always get signals from the ground, so it often takes many days to find the birds”, explained Dr Andrew Digby, the Scientific Advisor for DOC’s Kākāpō Recovery Programme. “That is a huge time sink and it means that we can lose track of where the birds are all together.”

In a collaboration with the Department of Conservation’s (DOC) Kākāpō recovery program, Wildlife Drones were invited to New Zealand to trial their innovative radio-tracking system.

“Our Kestrel 1000 radio-tracking system is designed to detect and locate large numbers of tagged animals simultaneously, so tracking up to 40 kākāpō at the same time enabled us to clearly demonstrate our technology’s capabilities. We got really clear locations for the birds, including those that were over the edge of rugged cliff lines and in other inaccessible corners of the island,” said Wildlife Drones CEO, Dr Debbie Saunders.

“By simply launching the drone, we can rapidly survey large areas for the birds, creating huge savings in time and effort for researchers on the ground,” added Debbie.

Based at the Centre for Entrepreneurial Agri-Technology (CEAT), Debbie said that the connections with the business school and internships have been a real benefit from working within the heart of The Australian National University.

Wildlife Drones are members of the KILN Incubator and back in 2016-17, received the Innovation Connect Grant which helped them to translate the world’s first robotic radio-tracking drone prototype into a commercial product service system. Wildlife Drones are improving the way wildlife and invasive species are studied and managed, revolutionising the way animals are tracked.

“I think the Canberra Innovation Network has been the backbone of our company getting off the ground; opportunities for innovation grants and support early on,” said Debbie.

When asked what advice Debbie would give to other researchers looking to create a business from their work, she said to listen to the experts in innovation.

“You need a problem to solve not a solution looking for a problem, be incredibly determined regardless of the blockers that come up and pivot as needed.”

Read more about their adventure tracking one of the most endangered species on the planet on their website.

Radio-tracking Kākāpō in New Zealand from Wildlife Drones on Vimeo.