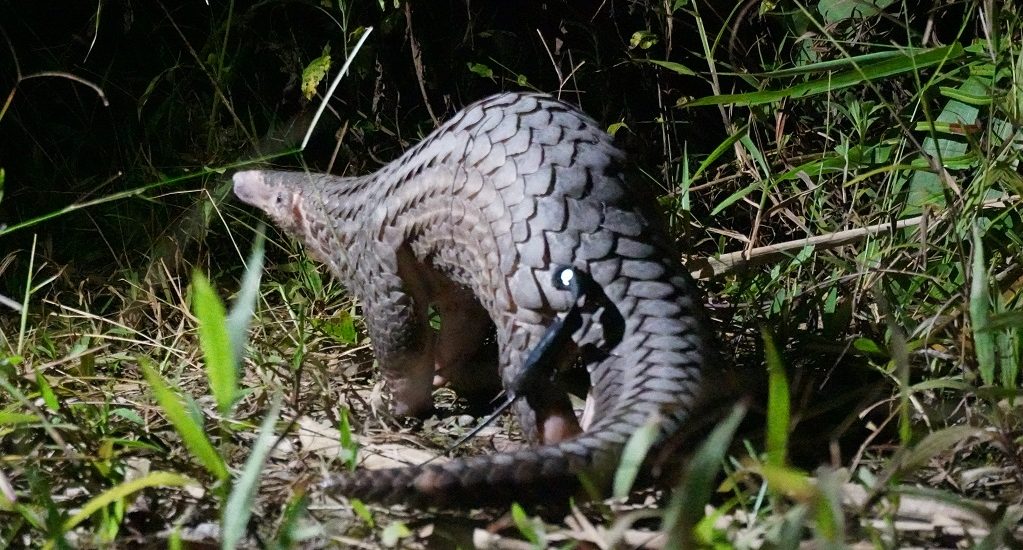 The collaboration between Save Vietnam’s Wildlife and Wildlife Drones was made possible with funding provided by the U.S Agency for International Development’s Saving Species project.

Primarily poached for their scales, Pangolins are one of the world’s most trafficked mammals. With their numbers declining rapidly across South East Asia, Save Vietnam’s Wildlife rescues and rehabilitates hundreds of poached animals each year to be released back into the wild.

Prior to being released, the Pangolins are fitted with a radio-tag that allows their movements to be tracked.

“We really want to collect as much as we can so we can tell the full story of how the animal is doing after we release them,” explained Nguyen Van Thai, the executive director of Save Vietnam’s Wildlife.

“But the problem is that up until now, we have had to manually track one animal at a time on foot within remote and rugged landscapes. Because this was an incredibly difficult task, it severely limited the number of animals we could monitor,” said Mr Nguyen.

However, this has all changed since using Wildlife Drones’ innovative radio-tracking drone system. With the ability to rapidly search large areas and simultaneously locate multiple tagged Pangolins from the air, it is creating huge savings in time and effort for the team at Save Vietnam’s Wildlife.

“We’re very excited that our technology has proven highly effective for tracking these small animals, even though they live beneath dense forest canopy and often hide underground in burrows,” said Wildlife Drones CEO, Dr Debbie Saunders.

“This project was full of firsts for us. This was not only our first international project but the first time pangolins had been radio-tracked using drones.  It was also the first time that our system had been used for tracking small ground-dwelling animals in a dense tropical forest,” said Wildlife Drones in their recent article.

This successful application of cutting-edge technology in remote wilderness areas is the beginning of a new era in wildlife monitoring and sets a new international standard for radio-tracking small animals.

“Our research team can now monitor up to one hundred pangolins all at the same time. It not only enables us to track more animals than ever before, but the information we gain will help us optimise the way we rehabilitate and release more animals in the future,” said Mr Nguyen.

Wildlife Drones are current members of the KILN Incubator and received the Innovation Connect Grant in 2016-17 which helped to translate the world’s first robotic radio-tracking drone prototype into a commercial product service system.