Meet the Makers: Andy Miller from Heaps Normal is brewing good beer without the hangover 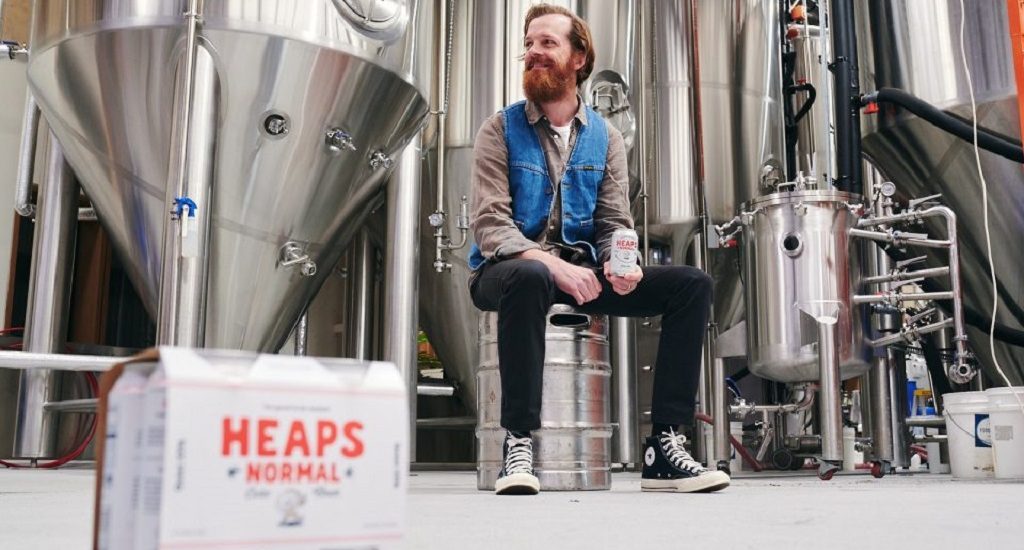 Imagine this: you’re at the pub having a drink with your friends. You’re holding a cold tinny from an Australian craft brewery. It tastes pretty good and you’re having a nice time so you drink another (and maybe another…). You’re probably getting a little tipsy, and you might regret it tomorrow. But if you’re drinking the Quiet XPA from Heaps Normal brewery, you could still drive home and wake up without a hangover because the beer from this Canberra company contains zero alcohol.

And the best part? It tastes just like the real thing.

Andy Miller, Peter Brennan and Ben Holdstock met while working in craft beer breweries but for one reason or another they all decided they wanted to cut back on their alcohol. The problem? They still really loved beer, and non-alcoholic options just weren’t the same.

“We were looking for an alternative that allowed us to feel like we weren’t trying to convince ourselves we were enjoying a non-alcoholic option, when in fact it actually didn’t taste like beer at all,” Andy tells Region Media.

With the support of Peter’s childhood friend and pro surfer, Jordy Smith, they set out to find a solution. The more they looked into it, the more they realised there were lots of other people out there looking for an alternative to regular beer.

“We’ve got a role in normalising those non-alcoholic options by connecting with people who, like us, share our experience in still enjoying the occasional beer, but wanting to be more mindful about alcohol consumption in general,” says Andy.

It wasn’t easy though. Brewing is a science and while the team had a lot of experience making beer, doing it without creating any alcohol was a whole other challenge. 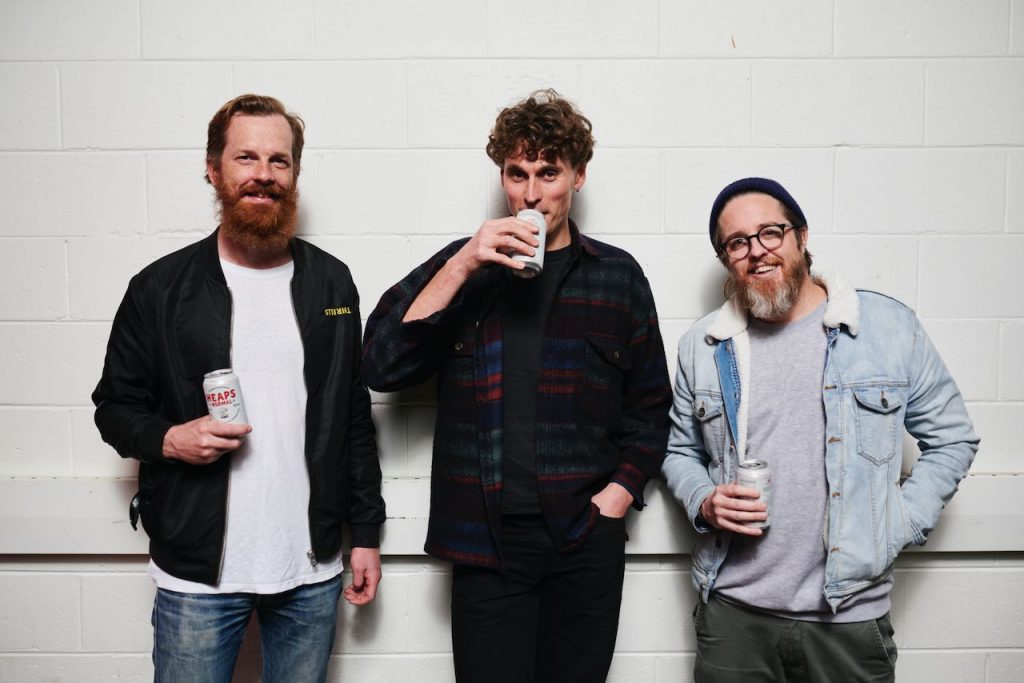 “He’s been a professional brewer for more than 10 years, and he really had to go back to square one and revise and tweak almost every step in the traditional brewing process in order to create a great tasting non-alcoholic beer that still only uses the same four ingredients as regular beer.”

Since Heaps Normal hit the shelves in 2020, they’ve been surprised by the range of different stories they hear from customers who have enjoyed their beer – from labourers who need to wake up early, and athletes such as Jordy, to people who are looking to improve their health or perhaps delay announcing a pregnancy.

Andy suggests the recent COVID-19 lockdown may have had an impact on the drinking habits of Australians.

The team isn’t looking to convince people to give up on alcohol entirely, but to find ways to be a bit more mindful about it.

“It’s a way to make a drink together more inclusive,” says Andy. “And at the end of the day, that’s our goal – to make those social drinking occasions more inclusive, and to prioritise the stuff in our lives that’s too good to be wasted.”

The team is planning to release new styles of beer in 2022, and is even looking at opening what they believe will be the largest dedicated non-alcoholic brewery in the country.

The location is still to be decided, but Andy assures locals that the Canberra region is in the mix.

And after that? Andy reckons there’s heaps of potential.

“Looking at [international] markets and seeing that consumers in those markets are also demanding these kinds of options shows us that Australia is playing catch up,” he says.

“The intense growth in the non-alcoholic category in the past 12 to 24 months is just the beginning.”

This all means we can expect to see non-alcoholic beers such as Heaps Normal becoming heaps more, well, normal.

Originally produced by The-RiotACT on 20 November. Written by Lucy Ridge.