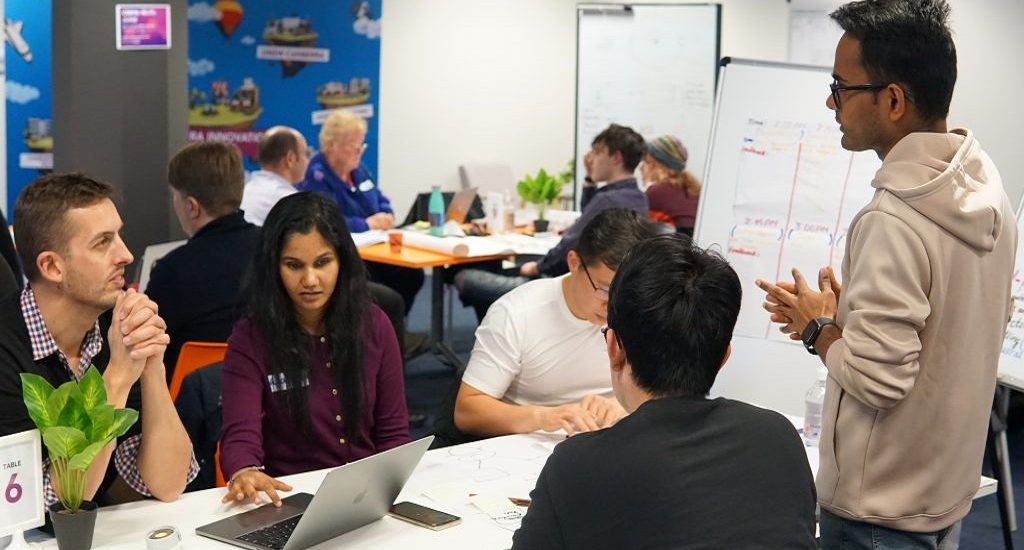 The U.S. Embassy Australia and Canberra Innovation Network hosted the capital’s first ever SpaceHack last week, with top ideas selected from a team of esteemed judges working though the proposals of some of the country’s best and brightest entrepreneurs, innovators, students, researchers and lecturers from our tertiary educational institutions, including the UNSW Canberra, the Australian National University, Canberra Institute of Technology and the University of Canberra.

The competition was held over two days and attracted 40 registrations placed on ten teams, and 13 industry mentors provided keynotes. Before announcing winners, there were several dedicated sessions with teams and judges, feedback sessions and pitching clinics.

So … what’s headed beyond the clouds of Canberra and into the stratosphere?

Ultra-light solar cells that are ten times thinner than a human hair, which reduce the mass of solar panels in space; astronaut underwear with built-in diagnostics that monitor and predict cosmonaut health; chemical-free water filtration; micro-debris-seeking slime that cleans at zero gravity – these were the winners announced on 18 June.

An added layer of challenge our participants had to hurtle through for the win? Describing their idea in just three minutes to the distinguished panel holding the gavel of gravity.

“Competitions like this are highly efficient demonstrations of what innovative entrepreneurship is about: passion for change, intensive teamwork, rapid progress, accelerated learning, the need to deal with constraints and challenges, high pressure and a bit of luck,” said Canberra Innovations Network CEO Petr Adamek.

Ultra Light Cells entrepreneur and SpaceHack winner Ben Wilkinson said, “It was a fun event with a good community spirit and great mentors; a great way to test ideas quickly, and get validation from industry experts.”

The event was such a success there is already interest registered for the second annual SpaceHack; prospective attendees, sponsors and supporters for 16-17 June 2022 can register interest now at spacehack.cbrin.com.au