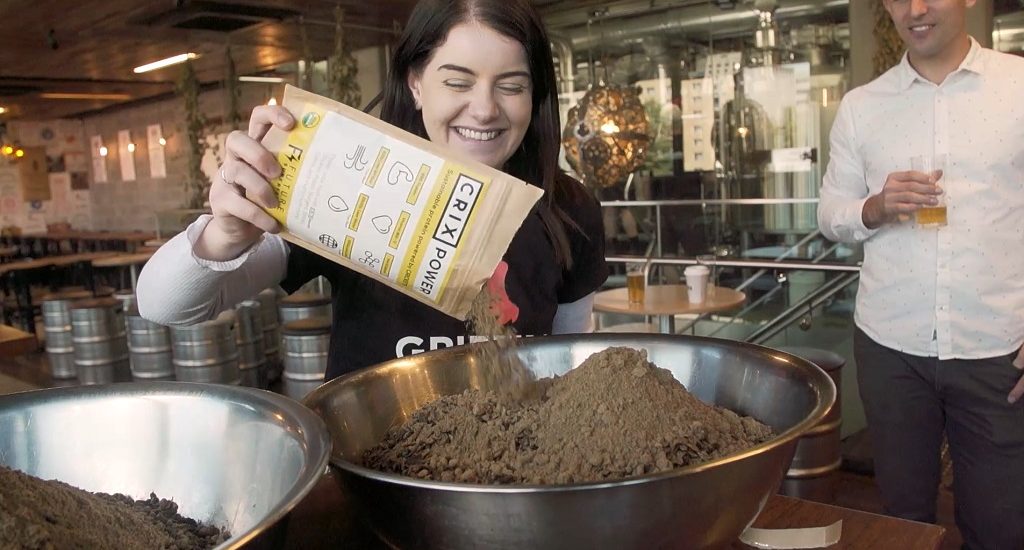 Brewed for the 2019 Innovation Showcase, ‘The Innovator’ aims to highlight innovation and test the possibilities of brewing using local and environmentally friendly ingredients. The naturally occurring starches and proteins found in the crickets and soldier fly larvae will be converted to sugar during the brewing process, reducing the amount of barley malt needed in a traditional brew.

“There’s a first time for everything and in my twenty-five years of brewing, I can honestly say that this is the first time I’ve put crickets and larvae in my beer!” said Richard Watkins, co- owner and head brewer of BentSpoke Brewing Co.

“BentSpoke believes in bending the rules of beer, so when the Canberra Innovation Network approached us, naturally we jumped at the chance to brew this exciting new beer that is both local and sustainable.”

Several local entrepreneurs and researchers were involved in the brew, making it a collaborative project:

The Canberra Innovation Network connects innovation and entrepreneurship with science and research. More than 10,000 visitors engage with the network every year through events, programs and innovation focused educational courses the network supports and runs.

The beer will be launched at the Canberra Innovation Network’s 2019 Innovation Showcase on the 4th of December at the BentSpoke Cannery in Mitchell.

Tickets can be purchased for $5 at 2019innovationshowcase.eventbrite.com.au with all proceeds going to Hands Across Canberra.