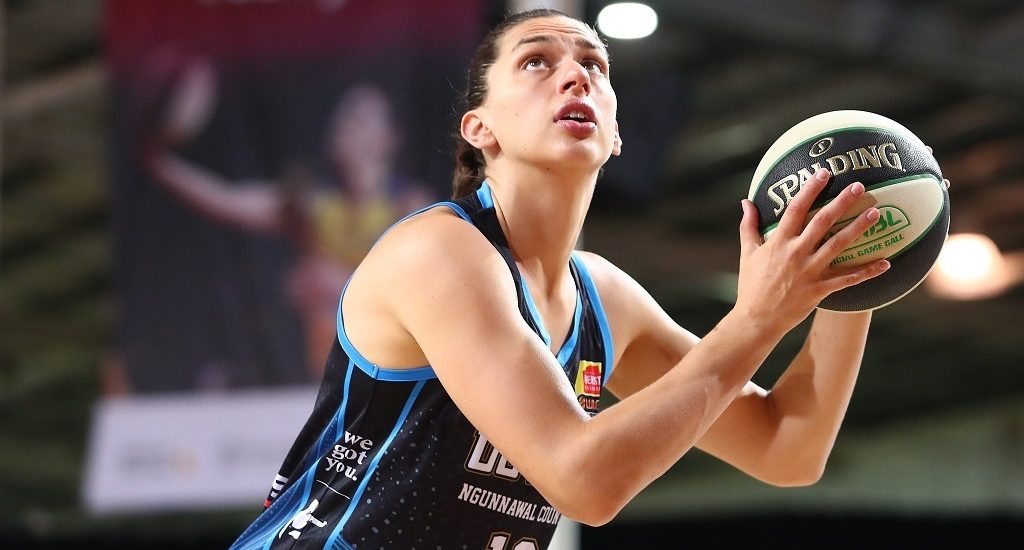 If you binge-watched the Olympics last year (didn’t we all?) you probably saw basketballer Marianna Tolo battle it out on the court with the Opals.

The two-time Olympian and Canberra local is a WNBL star, and also recently discovered her inner entrepreneur, thanks to a local program.

As an athlete, she was frustrated at not having somewhere to safely store jewellery and other valuables when she was training.

“I noticed my teammates who were asking other people that were sitting out on the sideline to hold their jewellery while they were training, or they’d just leave it on a seat—which is not a very safe situation,” says Marianna.

One day while looking for somewhere safe to stash at training, she stored a sentimental pair of sapphire earrings in her wallet. She then unknowingly took them along with her on a road trip, still tucked inside her wallet, but somewhere along the way, managed to misplace one.

“It was heartbreaking because I didn’t even mean to bring them in the first place. And so that kind of spurred on this idea that I should do something about this, and I wondered if many other people were having the same problem,” she says.

Marianna had the beginnings of an idea for a portable lockbox, but like many people, she wasn’t really sure what to do with her idea, or even where to turn. She connected with the Canberra Innovation Network, and found out about their Idea to Impact Program. The 10-week program is for people with an innovative idea or running an innovative business who are looking for new ways to progress forward and make a meaningful impact.

“A big part of the program is about finding out whether there is a market for your idea, whether people would be willing to buy it or pay for something like it, and what they think of it,” says Marianna.

“And from there it forms your path and helps you form the idea of where you go next. So that has been really, really great for me, just to clarify what people are thinking and if other people are having the same problem, which I think they are.”

Applications are open now until 16 March for the next Idea to Impact program, which will run from 23 March until 18 May.

Over the 10 weeks, there are five fortnightly, half-day workshops which are held online. Then there are four-hour-long online accountability sessions on the alternating weeks.

Successful applicants get to join a cohort of like-minded innovators and learn how to turn their idea into a high impact venture, and how to do it in a very rapid and lean way.

Marianna completed the Idea to Impact Program earlier last year, and says it’s a great experience for anyone with an idea for a business, product or service, or even people with an existing business who are looking for ways to improve and grow.

“In the program, there were lots of people with existing businesses and it was great to hear their stories and what they’ve been able to achieve. But then there were also lots of different people with ideas big or small, whether they were really cemented in their idea, or it was really vague. There was a really wide range of people,” she says.

“What it’s enabled me to do is set up a network of different people I can talk to, and then to make that next step, and go forward with my idea, and what I can try and do afterwards. It’s given me the confidence to be in the space of entrepreneurship, whereas I wouldn’t have ever thought about that before.”