ANU Startup to Power Next Generation of Quantum Computing 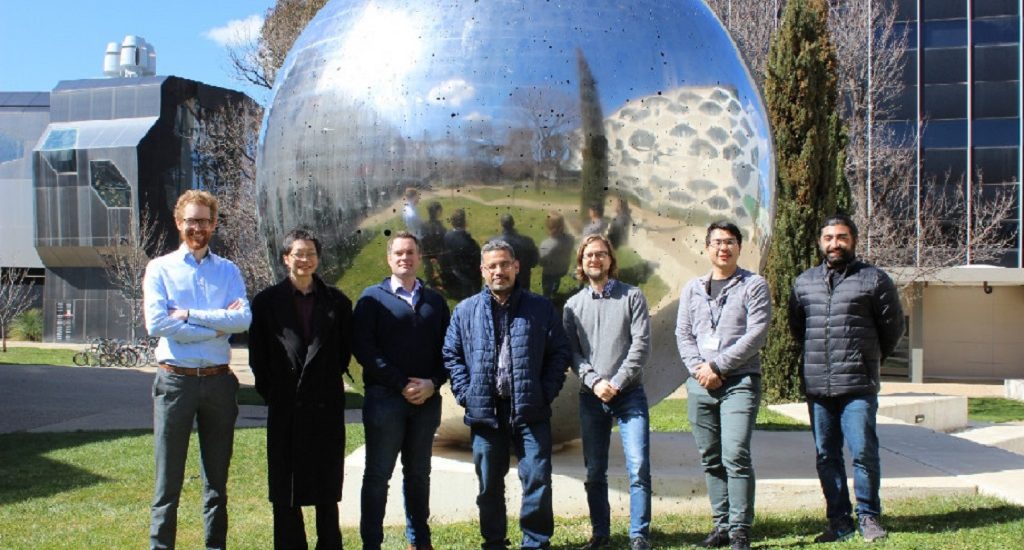 Australian National University is a Foundation Member of the Canberra Innovation Network.

A start-up from The Australian National University is looking to transform the future of computing, with a diamond-based quantum technology that will enable quantum computers to become a part of everyday life.

Quantum Brilliance, an ANU spin-off company led by Dr Marcus Doherty and Dr Andrew Horsley from the ANU Research School of Physics, has utilised synthetic diamonds in the development of quantum microprocessors. Unlike traditional quantum technologies, which require cryogenic cooling and other expensive, complex infrastructure, the team’s innovative platform can be operated at room temperature, enabling the high computational power of quantum computing to be utilised for more widespread applications.

“We’re shrinking quantum down to something smaller than a lunchbox, to slot in wherever you have computers today, whether it be underneath your desk, in data centres, hospitals, or even on a satellite,” Dr Horsley said.

ANU has recently signed a license agreement with Quantum Brilliance, which will enable the technology developed from the University to be utilised in the start-up’s activities. The start-up has also closed their first seed round, and are furthering plans for ongoing research collaborations with ANU.

“Quantum Brilliance is an excellent example of the innovative research occurring at ANU, how we as a university can support this talent, and how this entrepreneurial activity can feed back into the university ecosystem,” Professor Cardew-Hall said.

“The work of Quantum Brilliance not only illustrates the University’s broad capabilities in quantum, but also represents the next era of start-ups coming out of ANU in this space.”

The team has already been influential in furthering quantum strategies in Australia, including helping shape Australia’s roadmap for the quantum industry, released by CSIRO, and establishing a partnership with the Pawsey Supercomputing Centre to develop Australia’s first quantum-supercomputing hub for innovation. Dr Doherty reflected on the University’s strengths in this area.

“Australia is in a great position to drive quantum in the 21st century, and ANU has already proven that they’re leaders in this space,” he said.

The start-up has been the culmination of over three years of research and development from the founding team. Dr Doherty emphasised the support and advice the team has received from within the ANU and the wider innovation ecosystem in helping shape their journey.

“Early on, we received critical research support from the ANU Research School of Physics that enabled us to tackle some of the big tech challenges in diamond quantum computing,” Dr Doherty said.

“This was supplemented by key advice from the Director of the National Computational Infrastructure, substantial commercialisation support from ANU [through Innovation ANU], as well as our participation in programs through the Canberra Innovation Network and [CSIRO’s] ON programs, which all contributed to our commercial success.”

Quantum Brilliance co-founder, Mark Luo, initially met the team as their mentor through CSIRO’s ON program, and joined the start-up after being impressed not only with the potential behind the technology, but also the calibre behind the co-founders.

“ANU has truly instilled a focus on innovation and delivering results with minimal resources; an approach Quantum Brilliance has translated to its business,” Mr Luo said.

“Their focus is on building transformative technologies that deliver value to the market, rather than perpetual research and development. We believe quantum innovation accelerates when we can put quantum computing in Australian’s hands.”

“It really quite impressive to see how [Dr Horsley] has evolved as an entrepreneur and now taken on his role as CEO of Quantum Brilliance,” Professor Cardew-Hall said.

Quantum Brilliance has recently taken up residence in the Centre for Entrepreneurial Agri-Technology’s Innovation Hub at ANU, which will provide a physical base for further collaborations with ANU and other partners, both within Australia and internationally.

Dr Horsley reflected on the team’s journey to date:

“It’s unbelievable to think how far we’ve come in such a short time, from being a bunch of academics in a lab, to feeding into national strategies both within Australia and on an international scale, and founding a company with world-leading quantum technology,” Dr Horsley said.

Originally posted by the Australian National University at anu.edu.au.