One Month in a Defence and Security Innovation Space 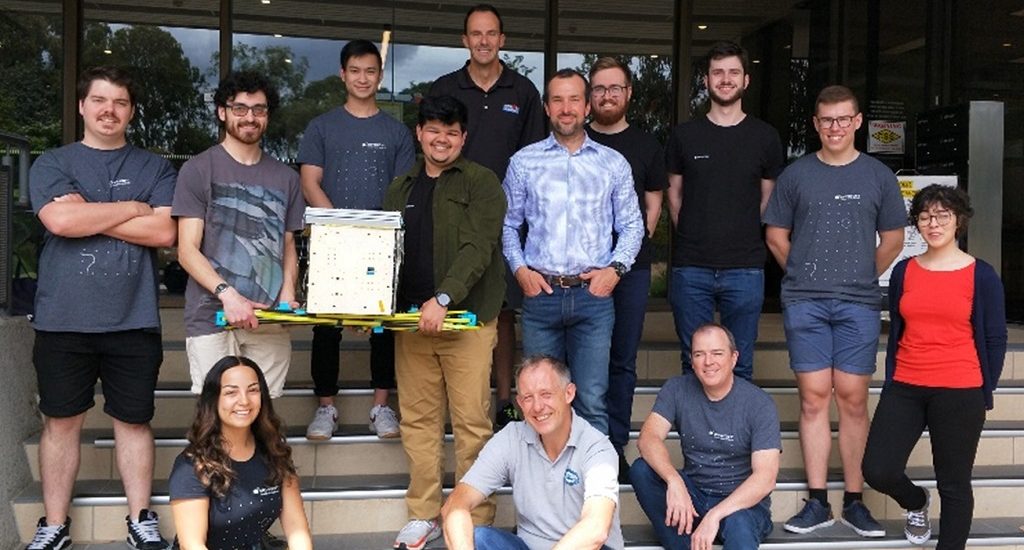 New to the Canberra Innovation Network team, entrepreneur and inventor Hollie Bell is managing the community at UNSW’s Launch on Northbourne. Here’s Hollie’s run-down one month in!

UNSW Canberra has created Launch on Northbourne which is a space for Cyber, Defence and Space companies to come together and collaborate with each other, with researchers and industry.

Already there are ten newly established businesses filling the sleek dark grey and yellow co-working space, with access to meeting pods, boardrooms with all the tech facilities and a pristine kitchen plus a necessary deluxe coffee machine.

Looking around at the short hair-cuts, neatly ironed and tucked in shirts, it’s easy to tell the majority of the collaborators have had careers in the Defence Force – they are driven, motivated and on a mission.  Within each socially distanced 1.5m you’ll find either an engineer, someone with a PhD and then another engineer.

SkyKraft were the first collaborators to move in, so early in fact, that they had to wear mittens and snow jackets in the days before air conditioning and heating had been installed. SkyKraft are on their way to launching a satellite into space in June 2021.  Eventually they hope to have constellations of satellites handling air traffic control for space. Doug Griffin and Craig Benson, the founders, put us all to shame with their passion for cycling and fitness.

Viden Consulting are a very recently established company, already on their way to success following a showcase run by Launch to enable to collaborators to engage with industry. At the moment they are a small but very impressive team.

Before December, the empty top two levels of Launch on Northbourne were ideal for playing Nerf games. However, that finished when Penten, a cyber technology company arrived from 2 doors down and brought their team of 100 tech heads, numerous awards and barricaded themselves into their office.

Often found tinkering in the maker’s space is Dr Dave of Terra Schwatrz, building a cyber test bed and playing with tanks. I’m not sure though if that’s for fun or purpose. Over in the co-working space Amy, Terra Schwartz’s general manager, is keeping the software developers and cyber threat-intelligence team in line, motivated and productive.

The remainder of the collaborators are smaller teams working on getting Canberra business cyber ready and consulting to defence and government.  Launch has been very successful in attracting collaborators and have now moved SkyKraft to the city campus, otherwise known as CIT.

The aim for the Canberra Innovation Network and myself is to help the teams with lean innovation and cross industry collaboration which will be more of a realistic plan once we’re able to utilise the space for events post-covid.  In the meantime, we’ll be having very technical discussions around the coffee machine.