The small business designing a better future for indigenous Australians 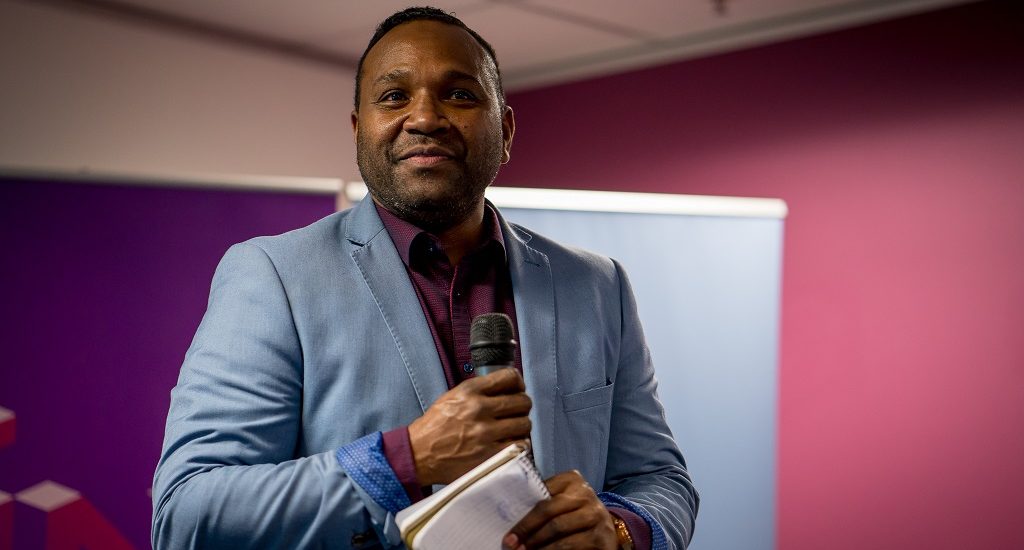 Established in 2010 by Dion Devow, Darkies Designs has created a clothing collection that features works by artists from Aboriginal and Torres Strait Island communities. Popular with people across the country, items from the collection have also been embraced by government departments and business groups.

“Back in 2010, I could see there was a need for an indigenous clothing label that had a unique style and was reflective of my culture,” says Dion. “Now there are a numerous labels, but back then there were very few and the designs they offered were actually not that appealing. I started making clothes for friends and family, found that it resonated with them, and things really took off from there.”

Dion develops his own ideas and works with artists and designers to bring them to life. As well as clothing, his company has now branched out to offer items such as stationery, posters and magazines featuring the unique artworks.

While now Canberra based, Dion was born and raised in Darwin. He is of both Aboriginal and Torres Strait Islander descent, with heritage stemming from Palm Island in North Queensland and Darnley Island in the Torres Strait.

He is passionate about giving back to indigenous communities. As well as building a number of business ventures, he is focused on reconciliation work and cultural training with the goal of bringing black and white Australian people closer together. In 2018 he was named ACT Australian of the Year for his efforts in this area.

“I’ve worked with the justice system to co-ordinate indigenous courts where we get Aboriginal elders to work with magistrates and, rather than sending young people to jail, we send them to development programmes or connect them back with their families,” he says.

“We need to embrace the fact that we are home to the oldest living culture in the history of mankind and I hope that my business activities help us achieve that as a country.”

Dion says building a successful national business while being based in Canberra has been challenging, but the city offers great support for budding entrepreneurs.

“Being in Canberra gives you close access to government at all levels. It’s like a big country town as the city is small enough to have a great lifestyle but large enough to have all the facilities and support infrastructure that you require when building a business,” he says.

Dion points to the Canberra Innovation Network as a group that has provided significant support for his endeavours as well as a range of other successful business start-ups.

“The Canberra Innovation Network is very supportive and generous because they understand how challenging it can be to build a new enterprise,” he says. “They have certainly provided me with valuable advice as well as very useful contacts in different parts of the country.”

Canberra Innovation Network Chief Executive Petr Adamek says the success of Darkies Designs is evidence of how an entrepreneur with big ideas can grow a successful business that also supports community growth and development.

“Canberra is quickly becoming a hotbed for entrepreneurs and innovators, and I look forward to seeing more successful businesses like this develop in coming years,” Petr Adamek says.

This article was originally posted at Inside Small Business