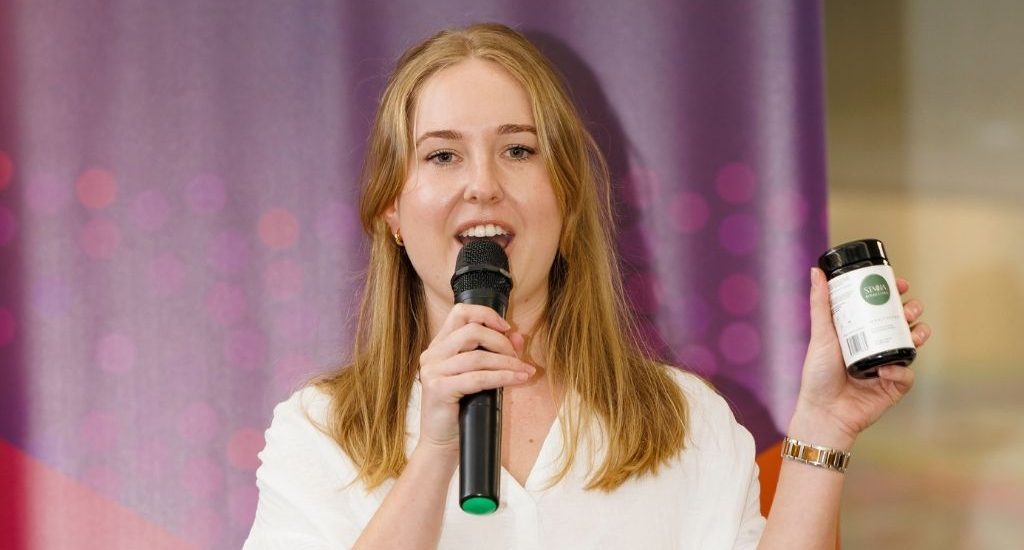 They’re doctors, hairdressers, chemists, and beauty specialists but they all have one thing in common: they’re also inventors.

Inspired by challenges they’ve faced and issues they’ve found in their industries, these women are determined to make a difference and help others.

In this series of four articles, HerCanberra speaks to four female Canberra inventors about why they’re passionate about their idea, how it will change the world, and where their projects will lead them next.  In the second of our series, we speak to Holly Williamson of STMNA Bioactives.

When Holly Williamson decided to go to ANU to study biochemistry and medical biology, she knew one thing: no matter what she wanted to help people improve their health. But it wasn’t until she decided to launch STMNA Bioactives at the age of 25 that she realised she achieved what she set out to do right from the beginning.

Scientifically formulating potent bioactive compounds into a single daily dose that optimises overall health, Holly is helping people be healthier for longer and changing the stigma around natural medicine.

Inspired by a student exchange trip to Sweden where she studied how molecules interact in the body to produce biochemical changes as well as a conversation with her father, Holly founded the business after struggling with poor gut health and heartburn while completing her honours thesis.

Taking up to four antacids a day “just to feel normal” as well as prescription medication, Holly began trying a herbal tincture and after three months, she was shocked to realise all of her symptoms had completely disappeared.

“It turns out it’s because there’s so much stigma around natural medicine, naturopaths, and people saying there’s no evidence behind these things,” she says.

“I wanted to bridge the gap between the general public and the scientific community, there’s no science communication between the two at the moment. I’m already a scientist and in the community, so it’s easier for me to take all of the information and cut through all the bullshit.”

Finding her evidence and launching STMNA in March 2022, Holly’s bioactives are full of plant extracts that are concentrated to a therapeutic dose to support daily health and healthy aging. To complement the benefits, Holly has also created a subscription model so customers can enjoy taking the bioactives for three months to experience their full effect, delivered straight to their door.

“It takes time to reach your optimal potential,” says Holly.

While they were created to help people unlock their body’s full potential, Holly knows it isn’t the ultimate magic pill, but it is the first step in her overall goal: helping people improve all aspects of their health.

“In five years, I really hope to create a healthy community. This is just the start of my business, creating a supplement. If you want to improve your health you need to improve all aspects,” she says. “I want to do that by creating a community and bringing onboard health professionals.”

“I’m hoping that there’s a whole bunch of people out there who want to be in the community and I would very much like to be the face of that and help people in their journey to better health.”