Leave STEM to men? This Canberra woman doesn’t think so 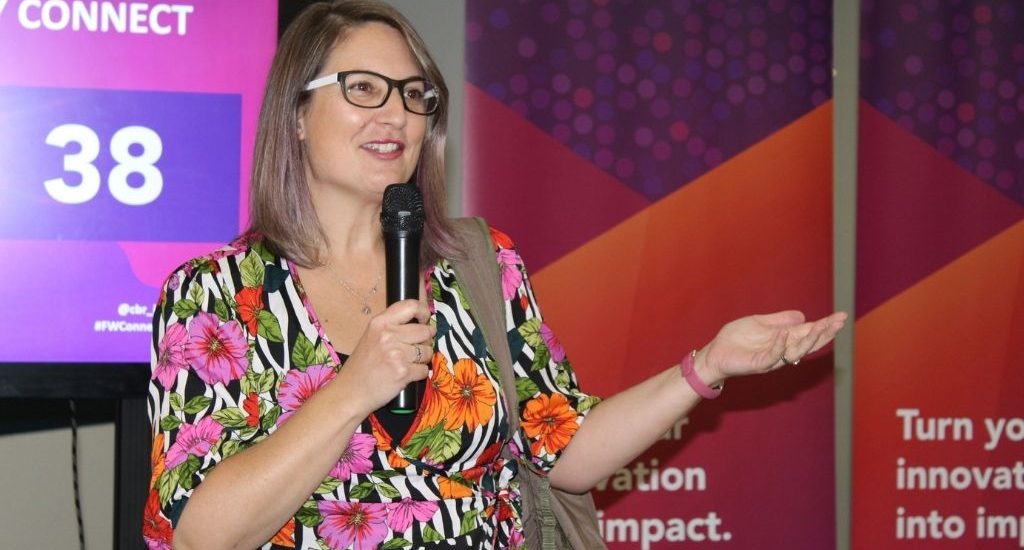 Ms Harris began her career with a Bachelor of Environmental Science working for state, federal, and university science projects, which led to her interest in science communication.

After studying a Postgraduate Diploma in Communication (Science Communication), she decided to take the leap of faith to build her own business and foster an understanding between the STEM and non-STEM worlds.

“Innovate Communicate bridges the gap between the STEM world and the general public. We offer communication and marketing services for organisations related to STEM, innovation, and research organisations as well,” she said.

Ms Harris was surprised but pleased to learn she was the recipient of a grant from YWCA Canberra this year, designed to boost small businesses owned by women and non-binary people in the ACT.

“The innovation grant from YWCA’s Great Ydeas Small Grants program, supported by the Canberra Innovation Network, is going to help me to build the Impact program for Women in STEM,” she said, explaining her project encompasses women, girls and non-binary people.

“I want to explore the critical needs for women and girls post-Covid and see what’s working and what’s not in the attempts to diversify STEM.

“I’m also keen to showcase Canberra women and girls in STEM and the local leaders in the organisations that are working hard to create opportunities for them.”

While she may remember her own experience in STEM fondly, Ms Harris has found herself being a confidante for her colleagues across the industry who have felt undervalued.

“I talk to women all the time who say they feel invisible, that their expertise is being ignored. I started to see more of this happening as I got older, and I heard from my friends and people I’d never met before in STEM who have had that experience,” she said.

“When I was working in science, I had some fantastic mentors who saw my potential before I could see it myself, and I had some really amazing jobs straight out of uni.

“In those early days, I was used to hanging around with lots of boys and men, and I didn’t really notice the gender differences. The fact there were more men studying wasn’t really that big of a deal.

“I also acknowledge I come from a privileged position – I am an Anglo-Saxon, white Australian woman, and the fact is that when there are other intersectional issues going on, it can mean other people working in STEM have a much harder time than I did.”

Ms Harris applauds the pockets of industry that have been doing “fantastic work” to diversity their STEM workplaces, but says there is still “significant opportunity” in Canberra for collaboration.

“In a post-Covid world and economy, we are moving towards technology, innovation, and knowledge-based systems. As we look towards this smarter future, there’s a lot of possibility to chart a really strong course, and Canberra hosts a lot of that opportunity,” she said.

“There are lots of passionate, smart, and super keen kids and teens out there who can bring all their talent to solve these big problems, and it comes down to the fact they just don’t have the opportunity.

“It just breaks my heart to think there’s people out there who look around and get the impression that STEM isn’t for them, even though it inspires them.”

Her bottom line? The more diverse STEM workplaces are, the more successful they’ll be.

“The main overarching comment I want to make is that STEM is just like all other fields. It’s better if it represents our community in gender, identity, sexuality, age, cultural backgrounds,” Ms Harris said.