Female Founders: From Table to Tech 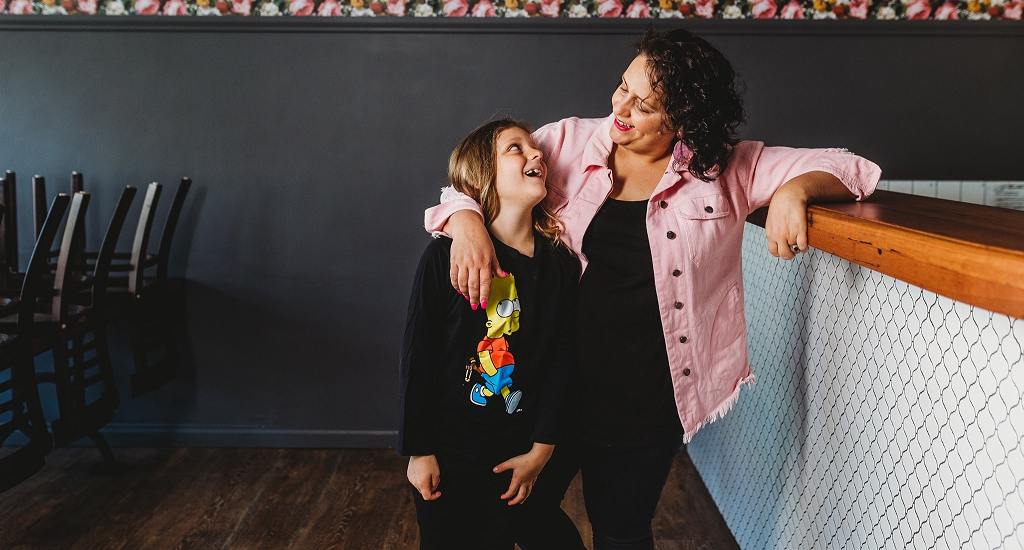 Last week the Canberra Innovation Network and Women With Altitude had the pleasure of hosting a conversation entitled “From Table to Tech ⁠— the Life of a Serial Entrepreneur”. Our guest was Natalie Legg, is the creative force behind Little Oink Café and To All My Friends Bar (table) and the Co-Founder and COO of IT consulting company A23 Canberra (tech), and her journey between the two and insights on being a “boss bitch” were an inspiration!

Nat, a proud Kamilaroi woman from country NSW, has called Canberra home for over 15 years, and worked as a public servant before becoming a wife, mother and entrepreneur in industries that couldn’t be more dissimilar (hospitality and the ‘tech bro’ sector). Her background, experiences and pluck have served as fundamental assets, and no doubt her authenticity and determination have led to her success.

Though COVID kept us from meeting in person, we’d like to share a video of the event for those who weren’t able to attend.

A big thank you to CBRIN’s co-sponsor, Women with Altitude, a community that lifts women up both professionally and personally. They connect women across Australia to lift the collective and empower female entrepreneurs. Be sure to check out their events in your area, podcast and weekly emails at WomenWithAltitude.com.au.

NB: Below we share notes taken from the live meeting. This is not a transcript and these are not direct quotes; for those, refer to the video above.

The Canberra Innovation Network’s COO, Sharyn Smith, and Creative Engagement & Events Manager, Britt Nichols, along with Women with Altitude’s Lisa LaMaitre, welcomed Nat to the ‘stage’, discussed how differently today is playing out vs the original plan, and encouraged attendees to interact and submit questions as Nat shares.

Nat introduced herself and her businesses (bar, cafe and IT firm), making her a ‘serial entrepreneur’. Did she think of herself that way?

Nope! She actually struck the word ‘entrepreneur’ from her bio; she thought it meant ‘inventors’, but she has been riding the businesswoman roller coaster for eight years.

Why? Because she doesn’t give up on things. She’s stubborn, and doesn’t like to fail! If you’re arrogant enough to think you can do something, and insecure enough to punch above your weight, you just might have the chutzpah it takes to be a boss bitch.

Growing up in a small country town molded that mindset for Nat, because if everyone didn’t participate nothing would get done. It instilled a work ethic in her, as well as the entrepreneurial lineage she credits she shares with the women in her family. Because women make things happen!

Canberra was a natural spot for her to spread her wings, as she came here to study and never looked back. It has a small country town feel she appreciates, and allows her to achieve things she might not be able to accomplish in Sydney or Melbourne.

And whether you’re looking at the hospitality industry or private sector IT, Canberra’s all about personal contacts and referrals. Everyone knows everyone, for better or worse! An example of that strong sense of community comes from Nat’s cafe — locals were so dedicated to seeing it succeed that the first night of lockdown after they pivoted to the take-away pizza business, they took orders for something like 200 pizzas in five minutes! Those orders were as much an effort by punters to prop up the business as they were because folks were actually craving pepperoni. That’s Canberra for ya!

Now, back to the title of today’s talk, “From Table to Tech”. If only it were that linear! Nat  transitioned from a regular public servant to an IT public servant, and did that for a few years before going out contracting. Then came unpaid maternity leave … which is when she decided to open a cafe. By the time her son was eight months old she’d signed the lease and by the time he was one the cafe was open.

Hospitality is a tough industry to turn a profit in. Nat bled money and didn’t know what she was doing at first. That was when an old boss offered her an IT contract job, and that cash injection was a huge help. And, Nat realised, she could do both!

Nat and a few peers (all males) decided they should form a company. Through another connection and another agency they got some work, and that was five years ago. And now they’ve crushed all of their targets and are heading towards 50 staff. She was just able to step away from being a billable resource, so thought … why not open a bar?! Thankfully her learnings from the cafe allowed her to make the bar profitable more quickly.

So what helped Nat make it through the tough times?

She credits both her supportive husband, and having a multigenerational family. The myth of the nuclear family is a big mistake — everyone can use a bit of family and community when things are tough. And being raised by a single mother who taught her she could do anything allowed for a reserve of strength, determination, and, yes, stubbornness.

There are, however, significant barriers, especially as a woman in tech. She’s the only female in her own business, and though she works with very woke men there are still subtle hints that it isn’t a level playing field. When you’re a woman in tech, men just assume you don’t know shit, whereas a man in tech is assumed to have at least a base level of understanding and skills. Ageism also comes into play — a woman’s credibility window is shorter than a man’s (who is assumed to be an expert from 20 to 80).

A lot of the women in IT are in managerial or sales roles. Fewer are in technical roles (which leads to the assumption that women in the industry AREN’T technical); and to change that we need more training, internships and opportunities.

There’s a myth that men are better at managing people because they are less emotional, and that’s bullshit. Who gives a shit if you cry in a meeting while you uphold your values, or hold friends accountable, or hug it out when appropriate? Women can be incredibly tough (Nat put herself through uni by working at an abattoir, so there).

So, let’s consider the spanner in the works we call COVID.

Nat found it difficult to reconcile the decisions she needed to make to the ones she wanted to, but at the end of the day you need to stay on a path that keeps your business alive. When it comes to IT things are going gangbusters (she can’t find enough staff to handle the number of jobs coming her way), and IT folks tend to love WFH and already have excellent set-ups for it.

But the cafe and bar attract people-people, who love interacting with others and rock up to jobs that put them in harm’s way day in, day out. The government hasn’t helped much, either, as COVID policies are unclear and confusing.

One challenge that comes with operating multiple businesses is that you always have a responsibility over your head. The buck stops with you, so whether it’s an issue with a long black or CISCO, you’re accountable!

But you can make it happen. Nat, for example, had a great grandmother who outlived two husbands, ran a poultry farm and drove a school bus … in the 60s, in a country town. There can be a good side to being ‘othered’, which is that the rules don’t apply to you, and if you buck the trends you can get things done. “I’ve got family, I’ve got country, I’ve got culture,” said Nat, and it sounds like those three pillars are her foundation for success.

Authenticity is another pillar, and Nat advised that it can be quite calculated — keep your eye on the prize, in that regard. You don’t need to win every argument; sometimes you need to bite your tongue along the way, but if you achieve what you want to achieve in the end, everything is worth it. We aren’t in business to change hearts and minds — as women, we often think we have to be all things, and one of those things is a touch of ruthlessness.

When it comes to mentors, there’s no surprise that Nat names the women in her family. But right up there with her mum and nan and all the rest is a figure that might surprise you — Dolly Parton. She’s a boss bitch who is exactly who she wants to be, and in addition to being a multifaceted artist she donated a ton of her own money to COVID vaccinations, was one of the first to get a jab, brings literature to young people, and does it all looking fabulous.

You don’t always need to be resilient, either. Nat has a little breakdown on a monthly basis. But she believes in herself and knows she’ll get through most any problem. Being able to pivot is key. For example, when you open a cafe you probably go into it hoping to make everything organic and free range and locally sourced and so on, but if you do that you’ll never make a profit. Instead, make choices, stick to your guns on some things and accept what you can’t change. For Nat, it was about free range eggs only, but using the cheapest high-quality fruit and vege. Idealism has no place in a business that’ll be bankrupt.

And now for the secret. It’s not surprising, either. It boils down to STARTING. Nat’s spoken to so many women who talk about starting for years and haven’t done it. So just start. Then realise that business owners overestimate what they can do in the first year and underestimate what they can do in the first five, so her advice is to start, and push through the first year, knowing things get better.